Dr. Dickey and colleagues have determined that a class of proteins termed “chaperones” plays an important part in preserving the proper shape of another protein called myocilin. This is important because mutant myocilin accumulates and kills eye cells important for vision, leading to primary open-angle glaucoma (OAG). The scientists speculate that these chaperones will be excellent drug targets for OAG.

Dr. Dickey and colleagues will test whether a group of chaperone proteins are good drug targets for some cases of glaucoma caused by mutations in myocilin.

Proteins need to be folded into their proper shape to keep the cell functioning properly.  However, there are some mutated proteins that can slip unchecked through the protein-folding machinery to do their damage on the cell. Such is the case with mutant myocilin. In this project, these researchers will determine whether manipulation of the protein-folding machinery can help clear mutant myocilin from the ER, an area that has not been investigated in the past. They will also determine the mechanism through which mutant myocilin is cleared. While associations of myocilin with chaperones have been demonstrated, direct intervention in a model of myocilin accumulation by chaperone manipulation has not been pursued.

Dr. Dickey anticipates that the identification of chaperones that associate with mutant myocilin may make excellent drug targets in the future. This same approach is already being developed in other diseases such as cancer, cystic fibrosis, and Alzheimer's disease. This strategy may work extremely well for glaucoma caused by myocilin mutations since a loss of protein functionality does not seem to be detrimental in humans. 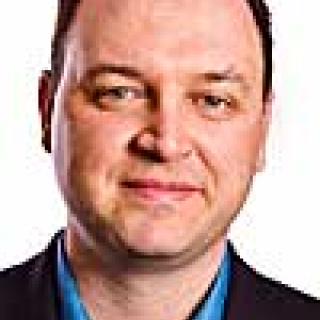