Development of a Novel Therapeutic for Inherited Glaucoma

The study proposes to develop a new type of medicine for a common form of glaucoma related to mutations in a gene called MYOC. Some inherited mutations can change the structure and property of myocilin protein, which can lead to toxicity and dysfunction of the eye cells responsible for regulating eye pressure. Dr. Wing Lee and colleagues will attempt to identify drug-like chemical compounds that can bind to and stabilize the structure of the mutated myocilin, which subsequently may delay the onset of the disease or slow down disease progression by correcting abnormal changes at molecular level.

Primary open-angle glaucoma (POAG) is the most common form of glaucoma. While the mechanisms that cause POAG are not completely understood, patients with POAG normally have increased eye pressure due to insufficient drainage of aqueous humor, the biological fluid found at the front of the eyeball. Advances in genetic research have discovered that some inherited mutations in a gene called MYOC can eventually cause POAG. An eye structure called the trabecular meshwork is important for controlling eye pressure because it facilitates the drainage of aqueous humor. Studies have shown that some of the inherited mutations can cause myocilin to become "misfolded" into an aggregated structure that can damage the trabecular meshwork cells, leading to increased eye pressure.

To identify chemical compounds that can bind to myocilin carrying a disease-causing mutation Y437H, Lee and colleagues will make use of a new screening system called the Corning EPIC®, which will allow them to measure binding between compounds and Y437H mutant myocilin proteins. A collection of 10,000 compounds will be screened with the EPIC® to identify the myocilin "binders." In addition, the researchers will test the binding candidates in trabecular meshwork cell cultures that have POAG-related symptoms caused by the Y437H myocilin mutant proteins. Only the binders that can improve the abnormal symptoms of the cells will be selected as potential pharmacological chaperones for future studies. If successful, this approach could open up a new direction of therapeutics for POAG and other protein misfolding disorders.

Development of a Novel Therapeutic for Inherited Glaucoma 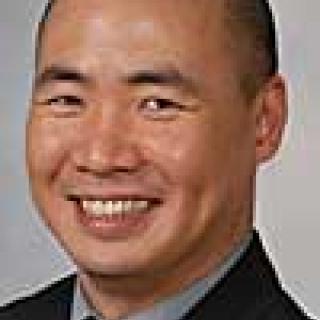