Defining the Importance of Extrinsic Signaling in Glaucoma Neurodegeneration

This work explores the importance of extrinsic signaling in glaucomatous neurodegeneration. It builds on the work of many groups who have proposed that after an ocular hypertensive injury, glial cells (cells that support retinal neurons) transition from being helpful to retinal ganglion cells to being toxic. Specifically, we propose to test the importance of three molecules thought to turn glial cells neurotoxic after a glaucomatous injury.

Glaucoma is a neurodegenerative disease that leads to the death of retinal ganglion cells (RGCs), the main output neurons of the retina. It is the second leading cause of blindness in the world, as RGC degeneration leads to irreversible vision loss. The major risk factors for developing glaucoma are advanced age and elevated intraocular pressure (IOP). Currently, the only treatment for glaucoma patients is reducing IOP. Unfortunately, in many patients, lowering IOP is not effective in preventing vision loss and cannot restore lost vision. Therefore, identifying the molecular mechanisms underlying how glaucomatous injury leads to RGC death is crucial to determine therapeutic targets for glaucoma prevention. A growing literature suggests a role for extrinsic signalling in driving RGC death in glaucoma. Specifically, studies have suggested an important role for glia cells (neuronal support cells) in driving RGC death after a glaucomatous injury. Previous work has shown that proinflammatory cytokines released by glial cells are ‘extrinsic’ factors that drive RGC death. Thus, understanding why proinflammatory cytokines are released after a glaucomatous injury and how they are acting is critical to stopping this pathogenic event in glaucoma. Despite the potential importance of these molecules in glaucomatous neurodegeneration, key questions about their role in glaucoma remain. Here, we critically test the hypothesis that proinflammatory cytokine signaling are critical drivers of RGC death after axonal injury. To do this we will use genetic and cell biological tools to specifically manipulate the expression of these cytokines and their receptors to determine how these molecules contribute to glaucomatous neurodegeneration. Investigating this hypothesis will provide significant new insight into the role of extrinsic signaling in glaucomatous neurodegeneration and will determine whether manipulating neurotoxic cytokine signaling is a viable target for treating glaucoma.

Defining the Importance of Extrinsic Signaling in Glaucoma Neurodegeneration 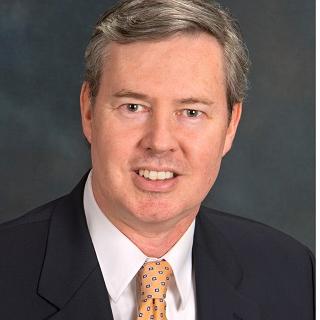