Crosstalk of TGF-Beta and TLR4 Pathways in the Trabecular Meshwork

One of the major risk factors for the development of glaucoma is an increased pressure inside the eye. Pressure rises when fluid is not drained properly through the trabecular meshwork, the spongy tissue serving as drainage structures in the front of the eye. Our project aims to understand what regulates the arrangement and construction of the drainage structures and how changes in this makeup prevent proper drainage in the eye.

The primary goal of this project is to understand what regulates the arrangement and construction of the drainage structures in the eye, which in turn influence the pressure inside the eye. One of the major risk factors for the development of glaucoma is increased pressure inside the eye. Our laboratory is utilizing primary human trabecular meshwork (TM) cells in culture (the cells that help create the TM, or spongy tissue that drains fluid from the eye). This will allow us to study a novel molecular signaling pathway involving crosstalk between the TGF-beta 2 and TLR4 signaling pathways in the regulation of intraocular pressure in the (TM). We are testing the effect of both a TLR4 selective inhibitor and a TLR4 activator on the TM cells and extracellular matrix. In addition, we are utilizing a mouse model system of ocular hypertension to study the molecular signaling pathway involved in the regulation of intraocular pressure in vivo. We are able to induce ocular hypertension in different mouse strains with various genetic mutations to study the role of specific genes and proteins in the development of ocular hypertension.

Our research proposal presents a novel pathway that is contributing to the regulation of the extracellular matrix and fibrosis in glaucomatous trabecular meshwork TM cells. Crosstalk between the TGF-beta 2 and TLR4 signaling pathways has been identified in extracellular matrix regulation and fibrosis in other tissues and disease states. Although the extracellular matrix in TM cells is known to be important in intraocular pressure regulation, the molecular mechanisms involved in generating a glaucomatous environment in the TM remain unknown. Further investigation of TGF-beta 2-TLR4 crosstalk in the TM could further explain the mechanisms involved in the development of glaucomatous TM damage. Our research employs both in vitro and in vivo experimental methods to elucidate changes in the TM cells as well as the effect on intraocular pressure (IOP) in a mouse model system. One of the primary risk factors for the development of glaucoma is elevated IOP. Understanding the molecular mechanisms that effect glaucomatous damage to the TM is essential to the identification of new therapeutic targets.

Crosstalk of TGF-Beta and TLR4 Pathways in the Trabecular Meshwork 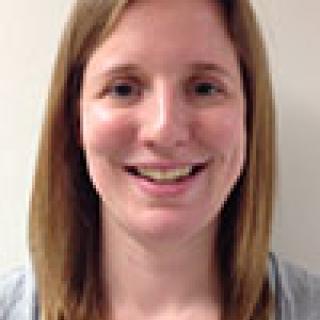