CRISPR-mediated Inhibition of TGF-β2 in the Trabecular Meshwork

The most important risk factor and treatment target of glaucoma is elevated pressure inside the eye. Current drugs that lower eye pressure do not treat the pathology of glaucoma, and therefore they tend to lose effect after prolonged treatment. Many studies showed that high levels of transforming growth factor β2 (TGF- β2) causes high eye pressure. Our proposed study aims to use a novel technology called CRISPR interference to correct those abnormal protein modifications and return the high TGF- β2 level to normal, with the hope of thus restoring function to the trabecular meshwork (TM) tissue that drains fluid from the eye.

In primary open-angle glaucoma (POAG) patients, the increase of eye pressure is due to damage in the trabecular meshwork (TM), a specialized tissue that functions as a safety valve. Many studies including ours have shown that cell factors, including TGF-β2 are elevated in the POAG TM, and their elevation induces glaucomatous damages. So one key question is how these factors are elevated in the glaucomatous TM (GTM). Our recent publication showed that there is an excessive modification of DNA associated proteins in the GTM, and this modification plays an important role in the determination of the level of TGF-beta2 in the GTM. Therefore, one potential therapeutic strategy for treating POAG would be lowering TGF-β2 by manipulation of DNA-associated protein modification.

Recently, a novel technology called CRISPR interference (CRISPRi) enables researchers to achieve DNA-associated protein modification for individual cell factors. The CRISPRi system consists of an enzyme (dCas9-KRAB) and an RNA molecule.  The RNA molecule would guide the enzyme to the desired location in TM cells and restore abnormal DNA-associated protein modification to normal status. This system is suitable for POAG because it may correct the pathology in the TM. We will use TM cells, perfusion cultured human eyes, and mice to study the efficiency of the CRISPRi system. Upon completion of this project, we expect to have determined whether the dCAS9-KRAB system is a useful tool/therapy for treating glaucoma.

CRISPR-mediated Inhibition of TGF-β2 in the Trabecular Meshwork 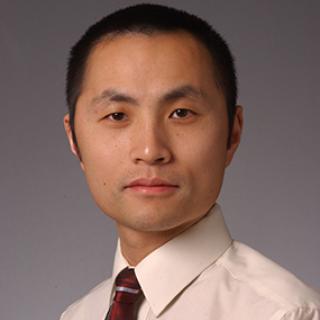