Glaucoma causes blindness by destroying retinal ganglion cells (RGCs), the output nerve cells of the retina, which are not replaced. Dr. Muller’s proposed project will transplant RGCs into retinas in a mouse model of glaucoma so that the replacement cells become wired into the retina and recover an electrical response to light. In some cases, the replacements will be cultured to form RGCs before transplantation, since RGC replacements may otherwise be difficult to obtain. There is reason to believe that in the future the transplanted cells will be able to grow and reconnect, resulting in restored vision.

The RGCs, which connect the eye to the brain, die or are damaged from glaucoma and are not replaced.  Dr. Muller’s team's experiments use an established mouse model of glaucoma such that increased intraocular (eye) pressure is induced by putting polystyrene beads into the anterior chamber; this mimics glaucoma and kills retinal ganglion cells.  The first aim is to perform a novel set of experiments in which labeled RGCs from various ages of donors and from human induced pluripotent (adult) stem cells are implanted into living hosts without glaucoma. The recorded electrical activity from the cells should show that they survive in the host retina and become connected with the usual retina circuitry. Of key importance is that the team has found that when light stimulates the retina, the transplanted cells respond in the usual way, changing their electrical activity.  In addition, the transplanted cells display molecular markers that are associated with connections, called synapses, that retinal nerve cells make with each other. The next aim is to transplant retinal ganglion cells into retinas of animals with glaucoma, with the conditions for transplantation optimized for transplant survival and the formation of stable functional connections.

There has been much interest in the use of cell transplantation therapy to recover visual function in glaucoma and other eye neuropathies, but no functional success has been demonstrated in cell-based approaches. Dr. Muller’s team introduces techniques and approaches that have been lacking, namely, addressing functional integration beyond cell identity and structure. The team showed that retinal ganglion cells transplanted into host retinas both in vivo (in live animals) and in vitro (in animal explants/cell culture) establish contacts that have molecular characteristics of synapses. Now, they are using electrophysiological techniques including recording from single cells and calcium imaging to determine whether retinal ganglion cells incorporate into host retinal circuits. Perhaps most important, for the donor cells that are being transplanted into retinas in vivo, the conditions for survival and integration will be optimized using a variety of cell sources.

By better understanding the mechanisms of functional integration of transplanted cells into the retina, this work may be combined with new work on optic nerve regeneration to devise ways to enhance stem cell replacement therapy for RGCs or other brain neurons. Because the techniques proposed in this project involve induced human pluripotent stem cells, a promising source of RGCs for transplantation into humans will be available. Once successful, the next step would be to translate the findings from glaucoma mice into the clinic for humans. 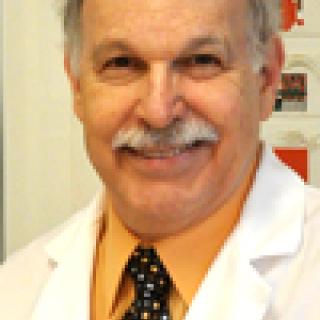