Intraocular pressure (IOP) is a major risk factor for the development and severity of glaucoma.  This project investigates the biomechanical environment of the human optic nerve head as it is affected by IOP with the goal of understanding the connection between IOP and glaucoma. Moreover, the project aims to measure how the biomechanical environment of the optic nerve head can be altered by chemical treatments that stiffen or soften the eye-wall for neuroprotection.  The implications of this work will be important for helping us better understand the susceptibility of individuals to glaucoma; for developing new diagnostic techniques that, for example, measure a key mechanical property of the sclera and lamina cribrosa (LC); and for developing new therapeutic strategies.

Intraocular pressure plays an important role in the development of glaucomatous neuropathy. Studies have shown that higher IOP is associated with an increase in the incidence of glaucoma and in the severity of glaucoma damage to the optic nerve axons. Lowering the intraocular pressure is effective at slowing the progression of glaucoma damage. However, the level of IOP, all alone, is not associated with glaucoma. Individuals with pressures higher than the population average may not develop glaucoma, and a significant percentage of glaucoma patients have normal or low IOP.

Deformation of the optic nerve tissues can damage axons, directly and indirectly, by distorting the capillaries, which decreases blood flow, and by activating pathological functions of cells in the lamina cribrosa. The level of pressure-induced deformation in the optic nerve head depends on the mechanical behavior of the sclera and lamina cribrosa. This may help explain why glaucoma sometimes develops in individuals with low IOP but not in others with high IOP. Also, there is a growing interest in developing therapies that alter the mechanical properties of the posterior eye-wall to reduce the strain in the optic head and slow the progression of glaucoma damage.

Numerous studies have demonstrated the ability to stiffen the sclera using glyceraldehyde and other collagen crosslinking agents and to soften the tissue through enzymatic degradation. Dr. Nguyen, along with Harry A Quigley, MD, of Johns Hopkins, have hypothesized that the chemical treatments produce different degrees of stiffening and softening in the lamina cribrosa and sclera because of individual differences in the structure of these connective tissues. This differential change in the stiffness of the lamina cribrosa and sclera will change the level of deformation in the optic nerve tissues. To test this hypothesis, Drs. Nguyen and Quigley have developed an experiment that uses advanced nonlinear optical microscopy and image correlation analysis to measure the deformation of the lamina cribrosa from controlled pressurization.  The imaging method allows simultaneous measurements of the collagen structure, and the investigators will analyze these data for correlations between the structure and deformation.  Drs. Nguyen and Quigley will also develop experiments to stiffen the lamina cribrosa and sclera with glyceraldehyde, a collagen crosslinker, and will experiment with softening the tissues by degrading the sulfated glycosaminoglycans. They will measure the effect of the chemical treatments on the deformation of the lamina cribrosa.

This study will provide a fundamental understanding of how individual variations in the connective tissue structure influence the deformation of the lamina cribrosa caused by IOP. Moreover, the study will provide insight into the neuroprotective potential of modifying connective tissue properties using glyceraldehyde and chondroitinase, as well as provide an experimental method for screening the effectiveness of new chemical agents. 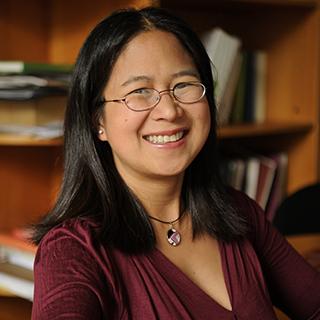