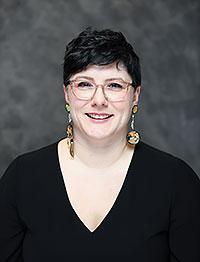 C. Grace Whiting, JD, is the President and Chief Executive Officer at the National Alliance for Caregiving (NAC), where she continues her tenure from previous roles including Chief Operating Officer and the Director of Strategic Partnerships. Grace led the launch of the Caregiving in the U.S. 2015 report with AARP and directed the first national study of rare disease caregiving with Global Genes. She has contributed to several national reports on caregiving, including Cancer Caregiving in the U.S. with the National Cancer Institute and Cancer Support Community, and Dementia Caregiving in the U.S. with the Alzheimer’s Association. She has spoken on caregiving at national and international conferences, including the 7th International Carers Conference in Adelaide, Australia and at multiple national summits at the National Institutes of Health. Grace has also served as a resource to major media on the topic of caregiving and aging, including C-SPAN, The Wall Street Journal, Time Magazine, Oprah Magazine, Women’s Health Magazine, and Kiplinger’s Retirement Report. In addition to her leadership role at NAC, Grace represents the United States on the Governing Board of the International Alliance for Carer Organizations and offers ex officio support for NAC’s role as Secretariat.

In previous roles, Grace has served as the Advocacy and Communications Director at Leaders Engaged on Alzheimer’s Disease (LEAD Coalition) and as the Director of Strategic Initiatives & Communications and as the Special Assistant to the Executive Director at the Alliance for Home Health Quality and Innovation in Washington, DC.

She is currently a licensed attorney with the District of Columbia Bar and a member of the American Society on Aging, the American Society of Association Executives, and the Gerontological Society of America. Named an “Outstanding Law Student” by the National Association of Women Lawyers, Grace earned her law degree from the University of Memphis School of Law and her undergraduate degree with honors in Communication Studies from Louisiana State University. She lives in Silver Spring, Maryland with writer and darling husband Geoffrey Whiting and their rambunctious pug, Chief Justice.