Alzheimer’s disease affects people’s memories, but it involves far more than simple forgetfulness. It is a progressive, degenerative, and incurable brain disorder that ends in death. We still don’t know why some people get this devastating disease. Alzheimer’s disease is currently the sixth leading cause of death in the United States, but recent studies indicate that it may be the third leading cause. More than 5 million Americans now have the disorder and experts predict that this year another 500,000 will be diagnosed as suffering from Alzheimer’s disease. 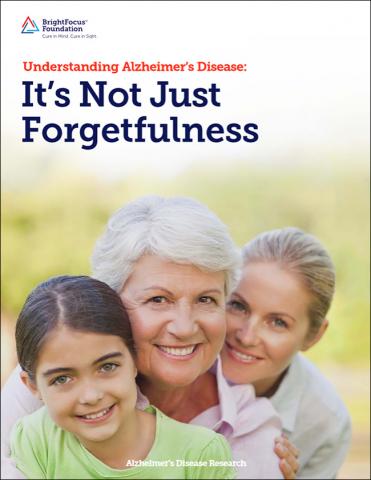 The Stages of Alzheimer’s

Alzheimer’s disease is difficult to diagnose. If you suspect that you or someone you know may have the disease, the first step is to see a doctor for a thorough medical exam.

Alzheimer’s disease does not affect every patient in the same way. The stages below represent the general course
it follows.

Physical conditions connected to Alzheimer’s disease exist in a person’s body long before symptoms are evident. Currently, this phase is only defined in research settings, not as a clinical diagnosis.

Individuals with MCI have persistent memory problems (for example, difficulty remembering names and following conversations), but they are able to perform routine activities without requiring more-than-usual assistance. MCI often leads to Alzheimer’s. However, while all those who progress to some form of dementia go through a period of MCI, not all patients exhibiting MCI will develop Alzheimer’s disease. An official clinical diagnosis of MCI can be given by a health professional.

Dementia Due to Alzheimer’s Disease:

Early in the illness, people with Alzheimer’s tend to exhibit minor memory loss and mood swings and are slow to learn and react. They start to shy away from anything new and prefer the familiar. Patients can still perform basic tasks but may need assistance with more complicated activities. Speech and understanding become slower, and patients often lose their train of thought. They may get lost while traveling or forget to pay bills. As they become aware of this loss of control, they may become depressed, fearful, irritable, and restless.

Eventually, people with the illness begin to be disabled by it. Though the distant past may be recalled, recent events become difficult to remember. Advancing Alzheimer’s affects the ability to comprehend location, the day, and the time. Caregivers must give clear instructions and repeat them often. As Alzheimer’s patients’ minds continue to slip away, they may invent words and not recognize formerly familiar faces.

During the final stage, patients become less and less responsive. Memory becomes so poor that no one is recognizable. Patients lose bowel and bladder control and eventually need constant care. They lose the ability to chew and swallow, and become vulnerable to pneumonia, infection, and other illnesses. Respiratory problems worsen, particularly when the patient becomes bedridden. This stage eventually leads to coma and death.

The Mystery of Alzheimer’s

It is still not known why Alzheimer’s disease affects some people and not others. Researchers worldwide search for its causes, as well as ways to prevent, diagnose, treat, and cure it.

Physicians are not yet able to stop the progression of Alzheimer’s disease or reverse its damage to the brain. Caregivers can only strive to make patients’ last months or years more calm and pleasant. The best approach involves treating some of the symptoms of dementia, which may include wandering, sleeping problems, and hallucinations. A number of medications are available to help with these symptoms. Currently there are also a number of drugs that may help slow cognitive decline but not cure the disease. Patients can be made more comfortable, and the family can better care for the patient.

There are two basic types of Alzheimer’s disease: familial (early-onset)
and late-onset.

Familial Alzheimer’s disease (FAD) is a rare form of the illness, affecting fewer than five percent of Alzheimer’s patients. All FAD is early-onset, meaning the disease develops before age 60. FAD results from mutations in one or more of at least three genes. If even one of these mutated genes is inherited from a parent, the child will almost always develop early-onset Alzheimer’s disease.

The majority of Alzheimer’s disease cases are late-onset (developing after age 60). Late-onset Alzheimer’s has no known cause and shows no obvious inheritance pattern. Although a specific gene has not yet been identified as the cause of the late-onset type, genetic factors do appear to play a role in its development.

Alzheimer’s is a disease and should not be confused with old age or “senility.” Some of the early symptoms of the disease, such as forgetfulness, do correspond with old age. The memory loss caused by Alzheimer’s, however, is far more severe and progressive.Eventually, Alzheimer’s disease destroys not just memories of the details of an event, but all memory of the event itself.

A Degenerative Disease of the Brain

Although psychiatric symptoms are a significant part of the illness, Alzheimer’s is a degenerative disease of the brain and not a mental disorder. It leads to a loss of intellectual abilities, and to personality changes severe enough to interfere with social and occupational functioning.

Caring for an Alzheimer’s Patient

Caring for Alzheimer’s patients at home may help them adjust to the loss of mental and physical abilities. Currently, approximately 70% of people with Alzheimer’s and other dementias are cared for at home. It is important for caregivers to familiarize themselves with Alzheimer’s disease and understand what a family will encounter emotionally and financially.

Community resources—such as support groups; adult day care; respite (short-term) care services; and nursing homes—can be a great source of help in dealing with the present and planning for the future. Not all families have the resources to properly care for their loved one at home. Some eventually have to call upon outside care when the disease reaches the final stages.

Nursing home care or assisted living facilities may be alternatives for Alzheimer’s patients, although they can be quite expensive. For this reason, families should know about and consider long-term care insurance in their financial planning. Families should also visit facilities to determine the quality of care and their ability to meet the special needs of Alzheimer’s patients.

Caring for an Alzheimer’s patient is demanding, both physically and emotionally. As the disease progresses, patients require 24-hour-a-day care. Arranging for respite care allows primary caregivers time for themselves, an essential step for emotional and physical well-being.

More suggestions on how to cope are offered in the free booklet, Managing Stress: Care for the Caregiver. To order or download, see “Getting Help” below.

If your loved one has Alzheimer’s disease, the first step is to talk to the physician who made the diagnosis. He or she should be able to direct you to community support groups, social services, long-term and respite care, and other resources.

Alzheimer’s Disease Research, a BrightFocus Foundation program, offers up-to-date, helpful information for those affected by Alzheimer’s disease. Read and download information from the website and order free publications online, by phone, mail, or email. These publications can be ordered by calling 1-855-345-6237 or by visiting our website at: www.brightfocus.org/ADRresources.

Your state Area Agency on Aging is another excellent resource. The agency can give you specific information on services in your area and connect you with a local Agency on Aging, if one exists in your community. Look up your nearest office in the phone book or by searching online by state and locality.

BrightFocus is at the forefront of brain and eye health, supporting innovative research around the world and promoting better health through our three programs:

Disclaimer: The information provided here is a public service of BrightFocus Foundation and is not intended to constitute medical advice. Please consult your physician for personalized medical, dietary, and/or exercise advice. Any medications or supplements should only be taken under medical supervision. BrightFocus Foundation does not endorse any medical products or therapies.