Can We Lower Our Risk of Getting Dementia?

Kristine Yaffe, MD, is a recognized expert on the art of maintaining cognitive health as our brains age. Her 2010-14 BrightFocus-funded research helped advance our understanding of how diabetes and glucose regulation affect cognition and brain aging. 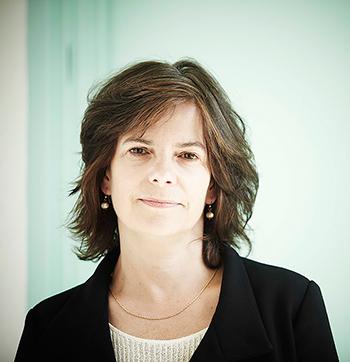 Now she continues to make headlines as coauthor of the Women's Health Initiative Memory Study (WHIMS), whose results were just published in the March issue of the Journal of Gerontology Biological Sciences & Medical Sciences (Goveas et al, 2016). It adds to a growing body of evidence that mental and physical health may play an important role in preserving cognition into old age.

A clinician-researcher wearing many hats, Yaffe is a professor of psychiatry, neurology, and epidemiology at the University of California, San Francisco (UCSF). She also serves as chief of geriatric psychiatry and director of the Memory Disorders Clinic at the San Francisco VA Medical Center, where some of her clinical research has been based.

In this study, Yaffe and colleagues focused on WHIMS, a part of the Women's Health Initiative (WHI), that was launched decades ago (in 1993) to gather much-needed health data on women as they age. The original WHI enrolled 161,808 women aged 50-79.

This offshoot of WHI analyzed results from a subset of 2,228 women with a mean age of 85 years, and draws associations between various risk factors and their cognitive status. Overall, a majority of women (85%) were cognitively normal, while approximately 4% had mild cognitive impairment; 5.4% had dementia; and 5% had another cognitive impairment.

Results showed better cognition to be associated with being free of diabetes, having less depression and insomnia. and higher physical functioning. In addition, several unmodifiable factors mattered, such as not carrying the apolipoprotein E 4 allele, being a younger age, and have a non-Hispanic white racial origin.

Better cognition also was linked with higher educational attainment, higher family income, and better emotional wellbeing—risks that might be modified with difficulty. The researchers conclude that efforts to address sociodemographic disparities, as well as interventions to improve screening and treatment for mental and physical health problems such as depression, vascular disease, and diabetes, may play an important role in preserving cognition among women who reach 80 years and beyond.

Without that, these oldest age groups may face an exponential jump in their risk of developing dementia. It is estimated that the dementia incidence doubles every 5 years from ages 65 to 90 years, from about 5 percent at age 65 to more than 50 percent after age 85.

It’s good news that preventive health and lifestyle choices throughout adulthood may help delay and/or reduce that risk.