Can Lifestyle Changes Reduce Your Risk of Dementia?

The August 22 issue of Time magazine talks about ways to protect the brain as it ages. Research is showing that exercise and other lifestyle interventions work to stave off normal cognitive decline seen with aging and to a limited extent might even help keep Alzheimer’s disease (AD) and other forms of dementia at bay.

One of the experts quoted in the article is BrightFocus’ 2010-14  Alzheimer's Disease Research (ADR) grantee Kristine Yaffe, MD, professor of psychiatry, neurology and epidemiology and vice chair of research in psychiatry at the University of California, San Francisco (UCSF). Her epidemiologic research, supported by ADR and others, has made her one of the country’s leading authorities on preventable risk factors for AD and other forms of dementia. 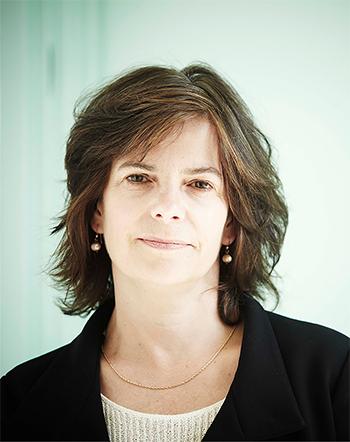 Read our Q/A with Dr. Yaffe about modifiable risk factors for dementia.

After initial cognitive assessment, participants undergo three months of training that has them exercising, meditating, eating a Mediterranean diet, and using techniques to reduce stress and improve sleep habits. There’s also brain training and “talk therapy” accompanied by neuroimaging, so patients can actually see their neurons firing in response to stimulation.

Fatuhi and colleagues just published their initial results from 127 patients Journal of Prevention of Alzheimer’s Disease, 2016). The majority of participants (84 percent) had significant improvement in at least three areas of cognitive function. In a subgroup of 17 patients who had pre- and post-MRIs, half the group (nine patients) had modest hippocampal growth consistent with a 1-2 year reversal of normal age-related cognitive decline.

Fatuhi’s approach is among a handful of programs cropping up in the United States and worldwide. Leading the way for these clinical applications was the FINGER trial in Finland, a large, publicly-subsidized effort to assess a multidomain program of exercise, diet and other behavioral changes in normal older adults who are at risk of developing AD. Two-year results showed that strict adherence to the program significantly improved overall cognitive functioning in subjects versus controls (Ngandu et al, Lancet, 2015, or read our earlier report). The principal investigator of that trial, Miia Kivalpelto, MD, a neurologist based at the Karolinska Institutet outside Stockholm, acknowledged in an interview that what “works” in Finland may not work everywhere. However, she expressed the hope that FINGER’s basic findings might be adapted for use in the United States and elsewhere.

The BrightFocus ADR program also is funding research into the science behind behavioral changes that might improve brain health and reduce Alzheimer’s risk. See our sidebar list of some current ADR grant projects on this topic.

A pioneer in this area, Kristine Yaffe, MD, received ADR funding to investigate causative links between poor glucose control and/or adult onset diabetes (Type 2) and the risk of AD. The brain uses glucose as a primary energy source, and cognitive function becomes impaired when blood glucose drops to low levels. Severe hypoglycemia may cause neuronal damage, Yaffe and colleagues speculated.  This association was borne out in a large study of 783 older Americans with diabetes, who were followed for 12 years. Those who experienced a hypoglycemic event had a two-fold increased risk for developing dementia, compared with those who did not (Yaffe et al, JAMA Intern Med, 2013).

That study was followed by several others, including Yaffe’s 2014 study showing that cardiovascular risk factors in early adulthood, including elevated glucose and high blood pressure, are linked with significantly worse cognitive function in middle age compared with having none of those risk factors (Yaffe et al, Circulation, 2014; read our summary).

“Heart-disease risk factors have a big effect on brain health,” Time quotes Yaffe as saying. “My prediction is that one day, hopefully, Alzheimer’s will be handled like cardiovascular disease, with a combination of drugs and lifestyle factors.”

Yaffe’s research also has linked sleep disorders, depression, post-traumatic stress disorder, and other conditions to increased risk for AD. Her wide-ranging epidemiologic studies have reinforced the concept that because Alzheimer’s is influenced by modifiable risk factors, the disease may be, to some degree, preventable.

In 2011, Yaffe coauthored a study (also quoted in the Time article) which projected that seven modifiable risk factors are responsible for up to half of all cases of late-life dementia, and that targeted interventions could reduce up to one-third of AD-related dementia worldwide, a total of nearly 10 million cases (Barnes D and Yaffe K, Lancet Neurol., 2011). The seven risk factors are diabetes, mid-life hypertension and obesity, smoking, depression, low educational attainment, and physical inactivity.

“Lifestyle factors are so important,” Yaffe is quoted in Time, “even though they sound sort of soft, and a lot of people therefore think they can’t possibly be that effective. But I’m not so sure.

“They’re not expensive, they don’t have side effects, and they’re good for the body too. So why wouldn’t you make lifestyle changes?”

What Lifestyle Changes Are Beneficial?

Below are some lifestyle changes that may help protect brain health and reduce AD risk, as highlighted in the Time article, and in other reports.

What’s good for the heart is good for the brain. Fotuhi describes the brain as a “sea of blood vessels.” Some 20 percent of all blood pumped by the heart goes to provide the brain with sufficient oxygen so that its 100 billion neurons can fire properly. Thus, for our brains to work best, any condition that interferes with blood flow—such as hypertension, obesity, Type 2 diabetes, high cholesterol, or hyperlipidemia—needs to be treated or, even better, prevented. Part of the reason exercise is so good for us as we age is because it increases blood flow.

Exercise helps reverse brain shrinking and improves cognition. The hippocampus, a region of the brain that is essential for memory, normally shrinks about one-half a percent each year after age 40. That’s part of normal aging; however, smaller hippocampus regions have been associated with increased risk of Alzheimer’s. The good news is that aerobic exercise and meditation may actually help to reverse this trend and “grow” hippocampal volume by modest amounts. Research has shown that in older adults with MCI, there were improvements in cognitive function after an extended period of high-intensity aerobic exercise (45 minutes, four times a week, for six months). In addition, the oldest age group had significant reduction in “bad” tau, which is believed to be a key driver that advances AD.

Keep your mind and spirit in the game.  Engaging with the world intellectually, through such activities as reading and writing (even letters), has been linked to better cognition in old age. In terms of emotional engagement, rich social lives are linked with higher levels of cognition, whereas loneliness and depression are linked to cognitive decline and poorer brain health.

Realize the benefit of a good night’s sleep. Sleep cycles are when the brain does its housekeeping, clearing out damaged neurons and toxic substance, like toxic tau and amyloid beta. Poor sleep contributes to AD, and improving sleep habits can reduce risk.

Modify your diet. Although not specifically covered in the Time article, a Mediterranean-style diet rich in fresh food, including berries and nuts, leafy greens, fish (at least once a week), whole grains, and olive oil, appears to be beneficial. Martha Clare Morris, ScD, a nutritional expert who coined the MIND diet (for “Mediterranean-DASH Intervention for Neurodegenerative Delay” ) has published research showing that it can delay cognitive aging and cut Alzheimer’s risk (Morris et al, Alzheimers Dement, 2015).

A modified Mediterranean diet was part of the FINGER study and also is followed in Fatuhi’s AD prevention “boot camps.”