Bringing the Power of the Crowd to Solve Alzheimer’s

Q & A with Our Grantee Pietro Michelucci of EyesOnALZ

EyesOnALZ, an exciting citizen science project receiving support from the BrightFocus Alzheimer’s Disease Research (ADR) program, is the first crowd-sourced effort to gather data to help end Alzheimer’s disease (AD). The goal of EyesOnALZ is to assist researchers in the Schaffer-Nishimura laboratory at Cornell University, who are examining blood vessels in the brain for “stalls,” or clogged segments where blood is no longer flowing.

Previously, in mouse models, scientists have been able to pinpoint the link between stalls and AD progression, and even successfully reversed some Alzheimer’s symptoms by reducing the number of stalls. However, hope for a human cure could be delayed because documenting these stalls is very time-consuming: a single week’s worth of data collected in mouse models could take individual researchers an entire year to analyze. 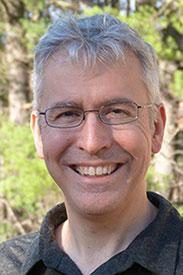 Enter Pietro Michelucci, PhD, a cognitive scientist who believes it’s possible to solve some of the world’s greatest challenges by combining the power of computers with human intelligence. He and his staff at the Virginia-based Human Computation Center, as well as a team of collaborators worldwide, have created Stall Catchers, the first of two online citizen science games in the EyesOnALZ project. After brief coaching, a citizen scientist – any member of the public – is able to play the game by identifying tiny blood vessel blockages in videos of mouse brains. In Stall Catcher’s first 30 days, nearly 1,000 volunteers around the world produced the equivalent of 14 weeks of lab analysis.

In the following interview, Dr. Michelucci shares the excitement surrounding the EyesOnALZ project.

Q.  Congratulations on the launch of Stall Catchers! How is EyesOnAlz going so far?

A.  EyesOnALZ is going great! We are basically building a special-purpose supercomputer out of machines, humans, and the Internet that can accomplish a specific kind of analysis better than any individual human or computer today.  We are hugely motivated to do this because of the tremendous potential to accelerate Cornell's promising Alzheimer's research toward a treatment.

Q.  Can anyone play Stall Catchers? How much practice is needed before a player’s results are logged for real? 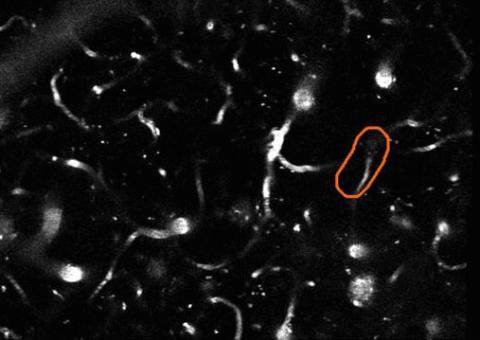 A.  Anyone with a laptop, smart phone, or tablet can play Stall Catchers. We have folks as young as 8 years old playing, and an 88-year-old is one of our most accomplished players.  We've also run sessions at a retirement community where some of the participants were Alzheimer's patients who showed up with their spouses.

Players are automatically given as much practice as they need; their results are not logged until they are performing consistently above chance (getting more right than wrong).  Once that happens, their results are combined with others to produce almost perfect answers.

But the system is constantly adjusting to each person's abilities so that it would be almost impossible to mess up the data, even if a person tried. Developing this tamper-proof methodology was a key innovation, which will be revealed in a talk at the upcoming Citizen Science Association conference.

Q.  Are the results as accurate as you’d get from scientists?

A.  One of our scientific aims this year was to formally answer that question.  We discovered that by combining 20 individual answers into a single "crowd" answer, we could produce a result that is as at least as good as the answer a scientist would give.  We are currently developing methods that are expected to cut in half the number of individual answers needed to match the quality of an expert answer.  This is important because it would double the speed of the research.

Learn more about how EyesOnALZ got started and about the different experts collaborating on this project.

Q.  How much time overall has Stall Catchers shaved off the research timeline?

A.  So far, we've been using test data, where laboratory experts had already provided "ground truth" answers.  This was to verify that the crowd-based analysis was as good as the laboratory analysis.  Now that this approach has been validated, we are loading new datasets into the system, where the crowd is truly analyzing unseen data.

At present, the crowd is working about as fast as a full-time scientist who doesn't sleep and who also works through the weekends (in other words, a graduate student).  The good news is that speeding up the analysis is now just a matter of growing our participant community, increasing engagement, and reducing the number of individual answers needed to produce each crowd answer.  By the end of this year, we expect to be accelerating the research by a factor of 5-10 times, which would bring the treatment horizon down from several decades to about 5 years, and we expect to halve that again in 2018. 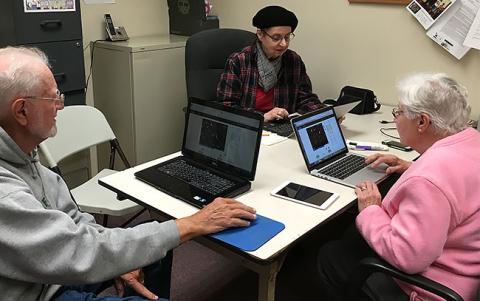 Q.  Another game is due to launch later this year.  Will it pursue the same goal (identifying and counting stalls) or something different?

A.  Yes, we are developing a second game, which provides a complementary analysis.  When you play Stall Catchers, the object of the game is to look at each movie and decide if the outlined blood vessel is either flowing or stalled.  The catch is that these outlines must be created in the first place, and machines alone cannot do that.  In fact, with Stall Catchers now up and running, the task of generating these outlines has become the new research bottleneck.  Our new game is going to be modeled on the EyeWire project, which has been successful in segmenting retinal neurons.  In this case, of course, we will be identifying blood vessel segments instead of neuronal tissue.

Learn why this is a good approach for solving some of the world’s most complex problems.

Q.  How would you describe the impact of your support from BrightFocus’ Alzheimer’s Disease Research program?

A.  Simply put, Stall Catchers exists today because BrightFocus' ADR was willing to take a chance on a crazy idea that just might work.  For anyone who has to contend with the ravages of this disease, each day of having to live with or care for someone with AD can be a hardship.  By allowing us to focus single-mindedly on this pursuit, ADR funding has made it possible for us, in only twelve months, to launch and validate an online crowd-powered research accelerator.  With ongoing development, this system will dramatically speed up Cornell's Alzheimer's research, and, I believe, lead to an AD treatment in the next few years.  We are grateful for this opportunity to build a project that invites the entire world to participate directly in conquering this disease.  And it is truly an honor to be a part of BrightFocus' legacy of groundbreaking research innovation.

Learn why are crosstalk and interdisciplinary research increasingly important in the “big data” era.