Kehoe is the Gestetner Professor of Translational Dementia Research at the University of Bristol, UK. He, along with co-investigators Dr. Scott Miners, PhD, also at Bristol, and Professor Mark Good, PhD, at Cardiff University in Wales, are exploring molecular links between hypertension and Alzheimer’s, and whether some existing drugs could be repurposed as Alzheimer’s treatments.

As it happened, their findings were published in January 2020. And soon afterward, as the world became enveloped in a pandemic, their Alzheimer’s results were viewed in an even broader light than might have been imagined because of their potential relevance to the COVID-19 disease process and treatments being developed.

Earlier in his career, Dr. Kehoe discovered that a gene related to blood pressure regulation, called ACE (for angiotensin converting enzyme), also plays a contributory role in Alzheimer’s disease (AD). ACE regulates a biochemical pathway known as the renin-angiotensin system (RAS). Among other things, it controls the production of a small protein, angiotensin II, that constricts blood vessels and raises blood pressure.

Angiotensin II, is a powerful “bad player” in blood pressure story and is the target of widely prescribed medications known as ACE inhibitors that reduce its production, as well as angiotensin receptor blockers, ARB, which as their name suggests “block” how angiotensin II causes biological changes that raise blood pressure. Another natural mechanism that controls levels of angiotensin II is a similar sounding molecule called angiotensin converting enzyme 2 (ACE2), which can chop us angiotensin II into a smaller molecule that, despite its small difference in size, has very different biological effects that mainly work to balance out the bad effects of angiotensin II. ACE2, which as its name suggests, has some similarities to ACE, is primarily found in epithelial cells of the lung, intestine, kidneys, heart, and blood vessels. Dr. Kehoe is one of the first researchers to study ACE2 in the brain and has shown its expression in relation to blood vessels there.

Ironically, even though ACE is one of the most studied genes of all times with respect to blood pressure, its role in Alzheimer’s represents a still emerging field. This is despite decades of epidemiologic research (some of it funded by BrightFocus) pointing to a relationship between high blood pressure in midlife and increased risk of AD later in life.

“Only in the last five years has there begun to be greater scrutiny into the possible cellular mechanisms that might explain this well-known, but actually still very poorly understood, relationship between hypertension and AD,” Dr. Kehoe wrote in his groundbreaking BrightFocus grant proposal.

In another departure from conventional wisdom, Dr. Kehoe proposed that in the brain, higher levels of ACE2 activity are actually beneficial, and protect against AD, whereas in the traditional RAS pathway, ACE and angiotensin II are predominantly viewed as detrimental. 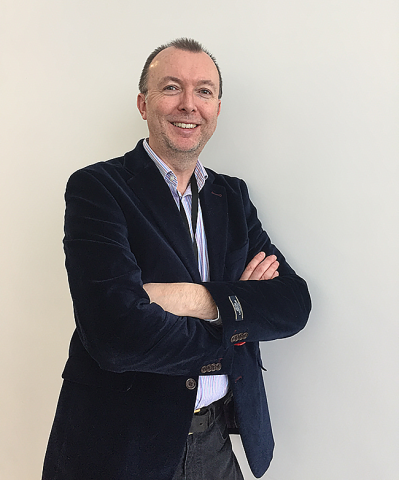 “It’s a bit of a yin-yang story,” Dr. Kehoe said in a recent Zoom chat from his residence in England. Basically, in the brain, while ACE is involved in making angiotensin II, ACE2 converts angiotensin II to angiotensin 1-7 “which do all the opposite things, in that they are blood pressure lowering, likely to improve blood flow in the brain, and reduce damage caused by under-oxygenation of brain tissue and importantly inflammation,” he explained. So the combined effects of both ACE and ACE2 control the levels of angiotensin II at a given time in a given tissue.

His recent paper confirms that ACE2 plays a protective a role in Alzheimer’s disease pathology in a mouse model. It’s the first study of its kind to investigate ACE2 in relation to AD.

As part of their BrightFocus project, Dr. Kehoe and team were looking at how to enhance ACE2 activity in the brain, something he calls “a very exciting and promising therapeutic route.” In animal experiments, they are testing  repurposable drug candidates that were developed, and then largely abandoned, as possible antihypertensive treatments. Because these drugs lower blood pressure in a different way from ACE inhibitors – they seek to reduce the detrimental functions of angiotensin II by activating the ACE2 pathway, which can achieve the same effect as that from existing prescribed drugs – they’re seen as promising for AD.

The innovative research undertaken by Dr. Kehoe and colleagues to study ACE2 in the brain, and their positive results, would be newsworthy on their own. Yet COVID-19 has made this research even more relevant to today’s world because the primary way that SARS CoV-2 (the coronavirus that causes COVID-19) gains entry to cells is through the ACE2 receptors lying on cell surfaces in the lungs and nasal passages.

“Receptors” are like docking stations on cells that are shaped to fit particular molecules. One of the greatest challenges in science -- understanding the role that genes play in disease – is complicated in part because genes control not only the expression of proteins, like ACE2, but also the presence of receptors available to “bind” those proteins. And proteins can exert very different effects, good or bad, depending on whether they are bound to cells or freely circulating in blood or tissue.

There’s no formula for understanding this dynamic situation in any one disease; it’s a complicated balancing act. And when designing drug treatments, it’s important both to study how genes function normally – including how they regulate protein expression and receptors – and also how these processes become dysregulated and cause harm in disease situations, ie, the yin and the yang.

In COVID-19, the role of ACE2 is currently a major global focus and while the disease has an unprecedented effect on the lives of so many people, there is now new research being unveiled almost daily that nudges our knowledge of the role of ACE2 further forward. It’s such a vital issue at the heart of this pandemic because many people who are most vulnerable to COVID-19 also have diseases that involve the same RAS system (eg, hypertension, cardiovascular disease, diabetes, and kidney disease). Furthermore, many of these diseases can often be treated with ACE inhibitors and to a lesser extent ARBs.

The latter point led to an early and intense debate where, on one side, experts worried that ACE inhibitors, through some alteration of ACE2, might inadvertently facilitate COVID-19 infection. There was some concern on one hand that these drugs, because of the yin and yang relationship between ACE and ACE2, might give rise to more ACE2 receptors and thus promote uptake of the virus. In the case of ARBs, it might also mean that higher circulating levels of angiotensin II could promote uptake of the virus as well as promote lung injury from pulmonary vasoconstriction, inflammation and oxidative organ damage.

On the other side, experts theorized that the RAS-acting antihypertensive drugs would not only help to alleviate angiotensin II’s toxic effects in COVID-19, but also perhaps indirectly lower the levels of ACE2 receptors, so that they may be less likely to catch the virus, thus potentially protecting against lung injury.

For the moment, there are still some considerable gaps in our knowledge of the extent of the yin and yang relationship between ACE and ACE2 throughout the body, and the effects of different drugs on the balance between them. Yet, perhaps reassuringly, as data have continued to be published from more and more studies, when looked at together there is now a growing consensus that antihypertensives likely have a neutral impact or slightly protective effect on COVID-19 risk. Several leading health organizations had already issued statements instructing people to continue taking antihypertensive medications prescribed by their doctors.

Dr. Kehoe is not looking to influence that debate, one way or another. “I’m not a respiratory system person,” he reminds.

However, he does think there’s a chance that the protective properties of ACE2 activity that his team has seen in the aging human brain (ie, those responsible for converting angiotensin II to angiotensin-(1-7)) could possibly also prove relevant to COVID-19, where the same function is thought relevant to lung recovery but seems paradoxical to its distinct function as the receptor for the COVID-19 virus,. He hopes that scientists and companies who are developing coronavirus vaccines and cures will take a balanced view of both roles of ACE2 in COVID-19 as opposed to one that is solely limited to addressing (in the short-term) the virus receptor role, when the emerging evidence (albeit limited to animal studies) shows that ACE2 activity may also have a protective effect against dementia over a much longer term. For example, to unilaterally suppress ACE2 activity, without continuing to be mindful of possible consequences, might “queue up a massive long-term problem,” Dr. Kehoe said.

And as knowledge about ACE2’s impact on different organ systems intersects, and multidisciplinary research collaborations continue to emerge from the COVID-19 pandemic, some of this new knowledge and perhaps even new drugs could advance Alzheimer’s solutions while initially serving as COVID-19 cures. “It has helped to galvanize activity,” Dr. Kehoe said of local discussions at his Institution.

“I’ve reached out to several colleagues and told them my early results show that ACE2 offers definite protection in the brain,” he said, adding, “I’ve gotten a lot of nice feedback, and we have now been asked to join an observational COVID-19 study at the biggest hospital in our city to look more closely at the yin and yang relationship in blood samples taken from people who have been admitted to hospital with COVID-19.

“It seems this could be influential in ongoing COVID-19 research.”