The goal of this project is to determine whether the onset and progression of Alzheimer’s disease (AD) in mice can be altered by the manipulation of a protein called ubiquilin-1. One major manifestation of AD is the accumulation of unwanted amyloid proteins in brain tissues. Previous studies conducted by these scientists have indicated that the ubiquilin-1 protein helps cell remove unwanted proteins; therefore, ubiquilin-1 may play a protective role for nerve cells affected by AD.

Dr. Wang’s group has produced genetically modified mice that either express excessive levels of ubiquilin-1 or are deficient in their expression of that protein. The scientists are currently crossing these mice with an AD mouse model, a group of mice whose specific genetic makeup allows them to serve as a model for the conditions of AD in humans. This crossbreeding will produce mice that exhibit the features of both original groups; the offspring will be AD mice that either express excessive ubiquilin-1 or lack the protein expression. Dr. Wang’s team will then investigate whether increasing or decreasing of ubiquilin-1 protein levels alters AD symptoms and progression, brain tissue structures, or the breakdown of the major AD-related proteins in the animals. The results of this study will help Dr. Wang’s team determine whether ubiquilin-1 affects the onset and progression of AD and whether the protein is a target for designing drugs to treat AD. 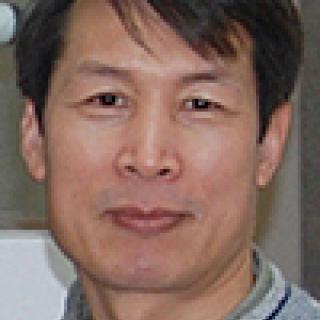