Alzheimer’s disease (AD) is a tremendous burden and there are still no therapies available. Most clinical studies have focused on the late disease stages where neuronal damage is already severe and irreversible, however, to intervene in earlier stages, it is essential to understand how Alzheimer’s disease affects brain systems early in the disease. Beyond that, we need better markers to identify individuals at an early asymptomatic stage that will likely deteriorate in the coming years as well as measures of treatment response to assess the benefit of a treatment. Our findings will thus help to ease future research on early disease stages, will make it easier for clinical trials to find the right participants and thus hopefully help to ultimately find a cure for Alzheimer’s disease.

In this project, I aim to further understand the effects of Alzheimer’s disease (AD) pathology on brain networks important for memory function and to identify imaging markers of future cognitive decline. First, I compare participants in different disease stages and analyze the integrity of functional brain systems that are important for memory. To that end, I analyze functional connectivity between subregions of the medial temporal lobe, functional activity during a memory task in, and neurodegeneration of specific memory related brain regions. My hypothesis is that these functional brain systems are differentially affected during the course of Alzheimer’s disease and will thus result in different cognitive symptoms. Following this, I try to explore therapeutic windows by analyzing whether the observed cognitive symptoms and the altered brain activity and connectivity depend on neurodegeneration, or in other words, whether and until when they might be reversible, which is critical for early intervention strategies. Finally, research participants are performing short memory tests on their mobile phones over the course of one year. This allows me to assess the development of their memory impairment and analyze which imaging markers are best suited to predict future cognitive decline. This project is unique in its combination of an early AD cohort with well-characterized participants using state-of-the-art and novel PET biomarkers with advanced ultrahigh-field neuroimaging at 7T which allows to analyze functional brain systems in much more detail. In addition, our novel mobile high-frequency memory testing approach using smartphones allows us to test the predictive value of imaging measures. This proposal will thus result in a significantly more profound understanding of the functional consequences of AD pathology in the earliest disease stages and yield potential imaging markers to identify individuals at risk and to track disease progression. This could accelerate and decrease the costs of clinical trials and thus facilitate the development of disease-modifying therapies. 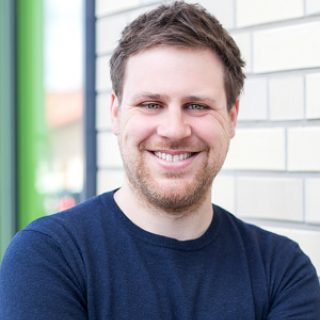