The incidence of Alzheimer’s disease (AD) is increasing dramatically, and yet no effective therapies exist to treat this devastating and invariably fatal disease. The most important goal of this study is to uncover new, unexplored therapeutic mechanisms of protection to brain cells by certain immune cells. Dr. Koronyo-Hamaoui’s research is being done in mouse models of AD. Specifically, the team will investigate a population of white blood cells (immune cells) that have been genetically engineered to overexpress an enzyme, called ACE, which can destroy a toxic protein associated with Alzheimer’s disease (beta-amyloid). Together with Dr. Teplow’s group, they will determine if the enzyme can help the cells to become more effective in eradicating and resisting highly damaging forms of beta-amyloid. Overall, the main focus of this project is to investigate the therapeutic potential of reducing the highly destructive form of beta-amyloid using genetically-modified immune cells.

Previously, Dr. Koronyo-Hamaoui has demonstrated a remarkable reduction of Alzheimer’s disease (AD) beta-amyloid and a restoration of cognitive function in mouse AD models that were genetically modified to overexpress the enzyme, called ACE, in specific immune cells. ACE protein is often associated with controlling blood pressure, but it is also known to degrade toxic beta-amyloid. Accumulation of toxic beta-amyloid assemblies in the brain is strongly linked to progression of AD. In this project, Drs. Koronyo-Hamaoui and Teplow are investigating whether high amounts of ACE expressed by certain white blood (immune) cells facilitate the degradation of toxic forms of beta-amyloid, after being selectively delivered to the brain by these cells. More importantly, the team seeks to determine whether high ACE also alters the ability of these immune cells to combat the progression of AD. In summary, they plan to selectively increase the expression of ACE, a beta-amyloid-destroying enzyme, in inflammatory cells that naturally migrate to the brain and support various tissue-healing processes.

Specifically, in the first two years, they will investigate the survival and protective activity of ACE-overexpressing immune cells in coping with pathological forms of beta-amyloid associated with AD, using cells cultured in a dish. For the second and third years, they will determine the therapeutic effects of a blood transfusion of ACE-modified immune cells into the mouse AD models, to see if this will help to prevent the harmful effects of beta-amyloid.

Once this study is completed, Drs. Koronyo-Hamaoui and Teplow expect to have identified and clarified the role of specific immune cells in clearing highly toxic forms of beta-amyloid and the role of ACE in controlling Alzheimer’s progression. The selective delivery of ACE by immune cells will reduce the risk of side effects, as the expression of ACE will be restricted to the lesion sites. Targeted ACE expression in the brain by inflammatory cells may be beneficial to reduce the burden of AD, and would question the merits of a life-long regimen of ACE inhibition or anti-inflammatory drugs.

In conclusion, this proposal may contribute to the understanding of human health in two ways: increased caution in the use of ACE inhibitors and anti-inflammatory drugs; and discovery of a novel AD immunotherapy to deliver ACE by immune cells migrating to the sites of AD brain lesions. 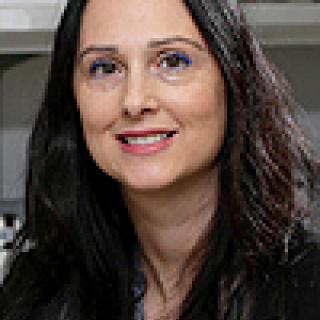