Alzheimer's disease is characterized by the buildup of beta amyloid protein in the brain as early as 15-20 years before the onset of symptoms. How it works is not entirely clear, however, and beta amyloid’s relation with clinical symptoms is only modest. Animal and postmortem studies suggest that the missing link between beta amyloid deposits and clinical symptoms could lie in tau proteins. It’s only been relatively recent that aggregations of tau can be visualized in living humans using positron emission tomography (PET) scans of the brain. We propose to study the role of tau in Alzheimer’s disease patients by investigating its relationships with beta amyloid, shrinkage of the brain and communication between brain cells.

Alzheimer’s disease (AD) is characterized by amyloid-beta protein build-up that accumulates approximately 15-20 before symptom onset. Its working mechanisms are not clear. Animal and post-mortem studies suggest that tau proteins may be the missing link between amyloid-beta and clinical symptoms, and now this protein can be visualized in the living human brain using positron emission tomography (PET) scans. We propose to study the role of tau in AD patients by investigating its relationships with amyloid-beta, cerebral atrophy, brain networks and cognition.

In the first portion of this project, both AD hallmark proteins (amyloid-beta and tau) will be measured using PET in order to investigate how they relate to brain atrophy on MRI. Previous human PET studies have shown that amyloid-beta is distributed throughout the entire brain and is thus not restricted to the most vulnerable brain regions in AD. Based on animal and neuropathological studies, my hypothesis is that brain regions with increased tau deposition correspond better with regions that are affected by atrophy (ie, the memory circuit including crucial structures such as the hippocampus, entorhinal cortex and posterior cingulate).

In the second part of this project, functional MRI studies will be performed to assess whether the functional architecture of the brain can explain vulnerability to amyloid-beta and tau aggregations. Two outcomes of the functional MRI scans are crucial for this aim. The first is called "nodal stress" and refers to how well a certain brain area is connected with other regions. The working hypothesis is that highly active and well-connected regions (so called "hub" regions") are closely related to amyloid-beta but not to tau pathology. This may provide clues as to why amyloid-beta preferentially deposits in highly demanding regions. The second functional MRI outcome measure is "path length," which indicates the shortest distance between two brain regions that the path length measure can be used to help us understand how the disease spreads throughout the brain. First, the region of the brain that is most severely atrophied ("disease epicenter") is identified. Next, path length to the epicenter is computed for all brain regions. The expected outcome is that shorter path length is associated with tau pathology but not with amyloid-beta. This would indicate that tau is involved in the spread of disease, making tau an incredibly important therapeutic target for Alzheimer's disease.

This project offers an innovative and multidisciplinary approach to investigating a "network model of neurodegeneration" in Alzheimer's disease. A unique aspect of this study is the multi-biomarker approach, which includes a novel tau PET tracer. New insights into the origin and expression of AD to be gained from this project may ultimately lead to novel treatment strategies for AD. 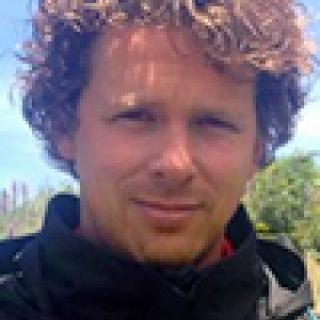