Peroxisome proliferator-activated receptor delta (PPARδ) is a protein that is present in the brain. It is suggested to have important functions in brain. This proposal will help us understand its exact functions in brain. I will also test whether we can target PPARδ to treat Alzheimer’s disease (AD).

The goal of my research project is to understand the contribution of PPARδ (peroxisome proliferator-activated receptor δ), a master transcriptional regulator of lipid metabolism, in the pathological development of Alzheimer’s disease (AD), and to evaluate the therapeutic potential of PPARδ activation in a mouse model of AD. I will first determine the genome-wide binding sites (cistrome) of PPARδ in primary mouse cortex neurons, followed by the evaluation of changes in global gene expression (transcriptome) upon PPARδ activation. The results from both cistromic and transcriptomic analyses will identify direct target genes of neuronal PPARδ and elucidate its endogenous functions in neuron. I will further investigate the in vivo function of neuronal PPARδ and its role in AD by specifically deleting neuronal PPARδ in the 5xFAD transgenic AD mouse model. AD-related behavioral and pathological phenotypes will be assessed during disease progression in these mice, which will reveal the contribution of neuronal PPARδ dysfunction to lipid dysregulation and AD development. Lastly, I will evaluate the therapeutic potential of a novel PPARδ agonist that passes through the blood-brain barrier in human AD neurons and the 5xFAD transgenic AD mouse model. Transcriptomic analysis will also be performed in these models to understand PPARδ-induced transcriptional changes that drive the potential benefits against disease pathology.

Recent failures of multiple AD clinical trials that target the amyloid-β (Aβ) pathway highly suggest there are unknown key pathophysiological events of AD, beyond the Aβ pathway, that demand alternative therapeutic approaches. The brain is the most cholesterol-rich organ in the body, and next to adipose tissue, the most lipid-rich.  Lipid metabolism plays an essential role in maintaining normal brain functions and lipid dysregulation has been strongly associated with neurodegenerative diseases including AD. A better understanding of the regulation of lipid metabolism in the brain could help identify the next promising therapeutic targets. My research proposal focuses on PPARδ, a master regulator of lipid metabolism in the brain. Upon completion, my study will reveal the roles of PPARδ and its control over lipid metabolism in AD, and identify an alternative therapeutic approach that would potentially prevent or treat AD by improving lipid metabolism. 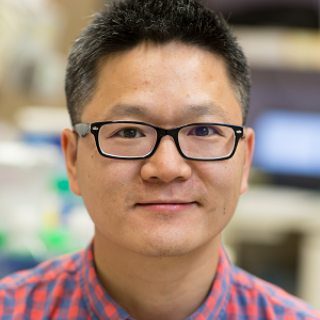