The goal of my research is to better understand the causes of Alzheimer’s disease by studying the mechanisms that contribute to the underlying pathology of the disease, in order to identify potential therapeutic targets. In the brain of individuals with Alzheimer’s disease, a toxic peptide called amyloid is overproduced and leads to dysfunction of memory functions and ultimately the death of the nerve cells. I recently found two proteins in a family called EHD (eps15 homology domain-containing proteins), which are involved in amyloid peptide production in cultured neurons. Our investigation will determine if there is an alteration of EHD in human brains that could facilitate amyloid overproduction, and will test whether amyloid overproduction could be blocked by abolishing the expression of EHD in mice that are engineered to develop Alzheimer’s disease pathology. Thus, our proposal is aimed at investigating neuronal mechanisms that are intimately associated with Alzheimer's disease with the goal of establishing EHD proteins as one of the molecular players in disease pathogenesis.

The goal of my research is to better understand the causes of Alzheimer’s disease by studying the mechanisms that contribute to the disease appearance, and thus identify potential therapeutic targets. More specifically, I am investigating the contribution to AD of endosomal proteins, which I recently identified as a modulator of amyloid-beta generation and protein transport in neurons.

In the brain of individuals with AD, a toxic peptide called amyloid is overproduced and leads to memory dysfunction and ultimately death of the nerve cells. In addition to amyloid deposition, abnormalities of endosomes are found in the brain of patients affected by AD. Endosomes are cellular components important for the regulation of proteins recycling and degradation. My recent findings established a link between the regulation of endosomal transport and amyloid peptide generation in neurons cultured in vitro. Understanding how the amyloid peptide is generated in the brain is of major interest to develop strategies aimed at decreasing amyloid levels. I am using genetically engineered mice as well as high-resolution microscopy and biochemistry techniques to address the importance of endosomal proteins in the development of AD. I am also investigating in more detail certain aberrations of endosomal proteins during the development of the disease pathology in mouse models of AD and in the human brain. Thus, my research goal is to establish the contribution of endosomal proteins as molecular players in the development of AD.

This project is innovative because it is based on my novel findings identifying endosomal proteins as regulators of both amyloid peptide levels and the transport of the enzyme responsible for its generation. The involvement of these proteins in the development of AD had never been investigated, thus my research should yield significant new information on the relationship between endosomal proteins and the disease.

There is no cure available for Alzheimer’s disease, and in order to develop one, it is then essential to understand better the disease pathology. The completion of this study will provide key information on the neuronal mechanisms intimately associated with AD pathology. In the future, my research could lead to the design of a new therapeutic strategy targeting the neuronal transport of proteins to decrease amyloid peptide. 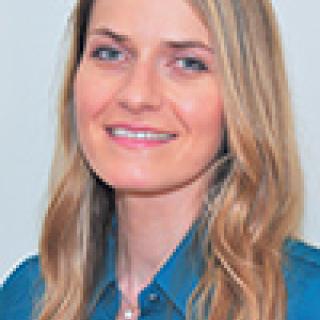