Alzheimer’s disease (AD) is a brain disease that over time causes people to lose memory and have problems with thinking.  However, even before the memory and thinking problems occur, people who develop AD start to lose body weight, for reasons that are not known. Therefore, our main goal is to study whether, early in the course of AD, there are problems in fat hormones that control body weight.  Once we identify the cause of the weight loss in AD, we will see whether this knowledge might help us develop new treatments.

The goal of this project is to understand why Alzheimer’s disease (AD) leads to loss in body weight, particularly early in the disease, and by doing so explore new avenues for developing novel therapeutic targets and diagnostic tools.

Body weight loss is a common feature of AD that worsens as AD progresses. This implies that body weight and metabolic deficits may be an essential part of AD; however, the exact mechanisms underlying the weight loss in AD are not known.  Additionally, weight loss can occur before the cognitive or mental decline, and as such can be one of the earliest manifestations of AD.  In ongoing studies in our laboratory, we use mouse models that have increased amounts of the toxic amyloid-beta (Aβ) peptide, a key pathogenic factor in AD, to identify molecular pathways that may be affected in AD.  Our initial studies found that proteins and hormones produced by fat cells (ie, adipose tissue), that are essential for regulating metabolism and body weight, are abnormally affected early in the mouse models.  For this project, we will examine whether fat-derived hormones and signaling molecules in humans also may be abnormally affected at the earliest stages of AD. To accomplish this, we plan to analyze blood and spinal fluid samples from cognitively intact healthy volunteers who have the earliest pathological signs of AD and comparing those tissues to healthy individual who lack AD pathology.

A major innovation in our project lies in using a two-pronged approach of initially identifying potential targets using mouse models and then validating the targets in a well-characterized human study population.  In addition, the human study population that we are analyzing has several key advantages compared to others.  Importantly, we are investigating AD at the earliest clinical stage, where cognitive and mental functions are intact but pathological signs of AD exist.  Significant evidence already exists to suggest that it may be difficult, at best, to develop an effective therapy or cure once the AD dementia becomes manifest. Thus, identifying and understanding the earliest clinical manifestations of AD is imperative.

Once our study is completed, its foreseeable benefits include the discovery of new targets for possible therapeutic intervention and the potential development of new blood or spinal fluid markers to assess AD at its earliest stages. In addition, our findings will provide important new perspectives and insights into why weight loss occurs in AD. This weight loss contributes to AD morbidity and mortality in important ways that have been clinically recognized for many years; however, the exact reasons for it are unknown. 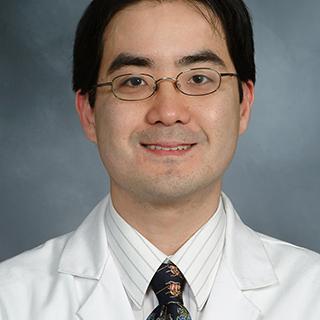