Vascular contributions to cognitive impairment and dementia (VCID) arise from stroke and other vascular brain injuries that cause significant changes to memory, thinking, and behavior. VCID often occurs in and contributes to Alzheimer's Disease dementia. The damage in the small blood vessels is very difficult to detect with conventional testing or brain imaging methods like Magnetic Resonance Imaging (MRI). The goal of Dr. Kashani’s research is to develop new methods using the eye to detect the onset, progression and severity of VCID.

The eye is a unique organ, because the retina is essentially a ‘window’ to the brain, reflecting disease processes in real-time. Dr. Kashani’s research group has developed sophisticated tools using a novel FDA-approved technology called Optical Coherence Tomography Angiography (OCTA) to measure the size, shape and blood flow of retinal capillaries in a living human eye without injecting any contrast agents or dye. They can measure blood flow in the retina within individual capillaries while a patient is in the doctor’s office! Using this method they can detect capillary damage in the retina before doctors can detect the damage during a clinic visit or before patients have any symptoms.

As part of this proposal, funded through a partnership between the Brightfocus Foundation and the National Institute of Neurological Disorders and Stroke (NINDS), Dr. Kashani will use OCTA to measure capillary density and perfusion in the eyes of human subjects who are at risk of VCID. This multicenter study is a one-of-a-kind prospective study to comprehensively assess retinal changes with OCTA and correlate them with brain imaging, neurocognitive and neuropsychological testing in subjects who are at risk. Once the study is complete, they hope to have a novel biomarker to identify people at risk for VCID so that potential treatments can be tested. BrightFocus is supporting this study as a part of the NINDS MarkVCID Consortium, of which Dr. Kashani is one of the Principal Investigators. 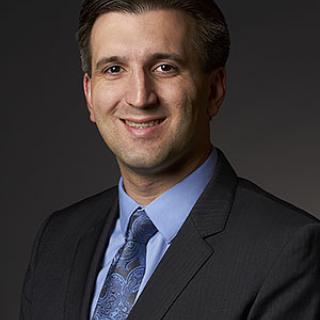