Alzheimer’s Disease (AD) is a complicated disease with no effective treatment yet available.  AD is currently defined by the abundance of two insoluble proteins, amyloid-b and tau, but the amount of these proteins does not accurately predict cognitive problems in people with AD.  Recent studies have found that neuropeptides, a group of secreted proteins that can be cut down into many different, shorter peptides, are widely dysregulated in AD, and might play roles in the AD disease process.  In this proposal we investigate whether neuropeptides may be used to more accurately assess AD patients, and whether supplementation with these peptides might eventually prove a new potential therapy for AD.

The goal of this project is to explore the structure and function of a small number of neuropeptide proteins that have been highlighted as being consistently dysregulated in Alzheimer's Disease by protein screens.  Neuropeptides are proteins that are synthesized in neurons in the brain as long protein strands, before being cleaved by enzymes into shorter peptides that have diverse functions in the brain.  Using advanced liquid chromatography mass-spectrometry proteomic techniques, we will comprehensively map the peptides produced by four key neuropeptide proteins (Neurosecretory Protein VGF, Secretogranins 2 & 3, and Chromogranin A), and build a highly reproducible method to accurately quantify these peptides.  This method will be used to measure peptide levels in cerebrospinal fluid, brain tissue, and stem cells donated by people with Alzheimer’s Disease and carefully matched controls.  Finally, the peptides that are most dysregulated in each matrix will be used to treat stem cells, to characterize the signaling changes induced by the peptide.  In completing this project we hope to gain a better understanding of the structure of neuropeptides, of the enzymes that regulate them, and how they may interact to alter an individual’s susceptibility to Alzheimer’s Disease.  This may lead to better biomarkers of synapse function, the strongest correlate for cognitive decline in Alzheimer’s Disease, and may highlight protective mechanisms of neuropeptides that can be targeted for future novel treatments. 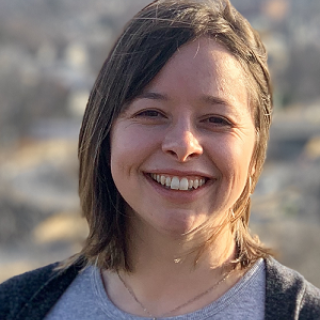