Alzheimer’s disease is caused by the abnormal buildup of tau, a protein within brain cells that, when toxic, disrupts the ability of cells to communicate with each other, which leads to memory loss and other symptoms associated with the disease. Dr. Petrucelli’s team recently found that decreasing the function of an enzyme protein known as HDAC6 effectively decreases the amount of tau protein in cells. In this project, the team will test their theory that mice treated with drugs to reduce HDAC6 activity will show lower levels of tau protein in the brain. If successful, this work could lead to the development of a new treatment for Alzheimer’s disease that takes aim at tau buildup.

Dr. Petrucelli’s exciting new research takes aim at toxic proteins that accumulate in the brains of Alzheimer's disease (AD) patients. The abnormal aggregation, or clumping, of the tau protein causes nerve cell death and the memory loss associated with AD. By better understanding how tau accumulates, a hallmark feature of the disease, Dr. Petrucelli’s team aims to develop strategies and therapies to prevent and remove the unwanted buildup of abnormal protein from cells.

Specifically, this study will further characterize a critical molecular pathway that is driven by the enzyme protein, called histone deacetylase 6 (HDAC6), which they believe directly determines the fate of tau and whether disease develops. The team’s first aim involves measuring the activity of this pathway in postmortem brain tissue, which was generously donated for the advancement of medical research, from AD patients and other individuals without the disease. These experiments will determine whether this HDAC6 pathway is hyperactive in AD, thus providing rationale for the use of therapeutic inhibitors to reduce the abnormal activity, thereby slowing or preventing the onset of AD.

Dr. Petrucelli’s team will test a novel drug that inhibits HDAC6 activity. The team has already determined that drugs inhibiting the HDAC6 function prevent the buildup of toxic tau proteins in cell and animal models. Going forward, they will evaluate the effects of the HDAC6 inhibitor in a mouse model of AD that mimics the age-dependent accumulation of abnormal tau protein and memory loss associated with the human disease. If successful, this would be the first demonstration that HDAC6 inhibitors block the formation and toxic consequences of abnormal tau proteins in a disease model.

Most exciting, HDAC6 inhibitors are well tolerated in humans, as evidenced by recent clinical trials for other diseases, which would expedite the translation of these findings from bench-to-bedside. Simply put, the use of HDAC6 inhibitors to prevent the buildup of abnormal and toxic tau species represents a promising treatment approach for Alzheimer’s disease. 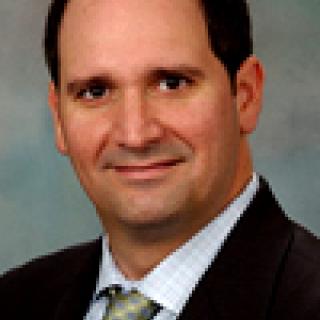