David Irwin, MD Perelman School of Medicine at the University of Pennsylvania

Alzheimer’s disease (AD) is defined by the presence of amyloid plaques and tau tangles in the brain associated with memory loss; however, a significant number of patients with AD have non-memory symptoms, such as language or visuospatial impairment. The underlying biology of these non-amnestic AD patients is understudied. Further understanding of the genetic influence and progression of tau pathology in non-amnestic AD will improve the diagnosis of patients who may benefit from emerging therapies that aim to halt or slow the progression of plaques and tangles in the brain and also identify new genetic targets for drug development in AD.

The goal of our project is to study the pattern of disease spread and genetic risk for non-amnestic clinical variants of Alzheimer's disease (AD). It is not uncommon for AD neuropathology to be associated with clinical symptoms that do not primarily involve memory loss, but instead resemble syndromes associated with frontotemporal lobar degeneration (sometimes known as frontotemporal dementia, or FTD). We hypothesize that the distribution and spread of tau pathology in these non-amnestic forms of AD diverges from traditional Braak tau stages, which begin in the medial temporal lobe, but instead originates in neocortical regions. To test this hypothesis, we are using a novel quantitative method to analyze digital images on histology slides to measure the burden of tau pathology in over 30 regions of the central nervous system. This analysis will be performed in a large autopsy cohort of patients with non-amnestic forms of AD.

We are comparing the severity of tau-mediated neurodegeneration between regions in serial autopsies with a panel of tau markers that are specific for early (ie, pre-tangle) and late (ie, ghost-tangle) morphologies of tangles to develop a staging model of disease progression in non-amnestic forms of AD. We are also examining longitudinal neuroimaging measures of grey matter thickness in living patients to develop an in vivo model of disease progression for converging evidence of our pathology staging model. We also hypothesize that non-amnestic forms of AD may have divergent genetic risk from amnestic AD, and may instead share genetic risk with other tauopathies. We are examining the frequency of previously-identified risk single nucleotide polymorphisms (SNPs) associated with amnestic AD, and those associated with tauopathies, in a large multi-center cohort of non-amnestic AD patients. We are also comparing SNP frequencies to reference groups of normal control, amnestic AD, and tauopathy patients to determine which risk factors are shared between groups. We are also relating SNP genotypes to the regional patterns of tau pathology from our histology experiments [deleted reference to “Aim 1” since the Aims are not specifically discussed/mentioned here] to determine genetic risk for neocortical spread of tau pathology in non-amnestic AD.

We created one of the largest multi-center cohorts of non-amnestic AD patients for these analyses, and our approach challenges the current dogma of Braak staging of tau pathology in this understudied AD population. We utilize novel objective techniques in quantitative digital image analysis of histopathology, with improved sensitivity for correlation with clinical and genetic variables that otherwise would not be possible using traditional subjective ordinal rating scales of neuropathologic burden. Our neuroimaging techniques include novel methods for image processing that support merging neuroimaging data across centers and imaging-pathology associations.

These efforts have important implications for clinical care as non-amnestic AD patients are often excluded from current clinical trials targeting AD pathology. Improving the clinical diagnosis of non-amnestic AD also will improve access for these patients to appropriate therapies; in addition, our staging model can have diagnostic and prognostic utility as outcome measures in clinical trials. Further, identification of genetic risk for non-amnestic AD will improve our understanding of the underlying biology of heterogeneity in AD and provide novel targets for drug development.

David Irwin, MD Perelman School of Medicine at the University of Pennsylvania 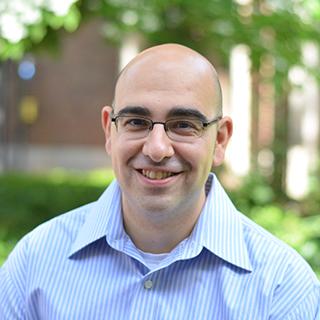