Tau is an abundant protein found in the brain, which, under normal healthy conditions, contributes to stability of the cytoskeleton.  In Alzheimer’s disease (AD), a small percentage of the total tau in the brain becomes toxic to neurons, and these toxic tau species spread along synaptic connections to different regions of the brain.  Previous evidence has implicated the involvement of amyloid-beta (Aβ), a peptide which is the primary component of the amyloid plaques that characterize AD.  Our research project will be to study the role of Aβ in tau toxicity using transgenic mice expressing both tau and Aβ in a specific cell population within the hippocampus. These mice will help us determine whether tau spread is altered in neurons which form synapses with these Aβ-expressing cells.

My research aim is to explain how the relative synaptic localization of Aβ expression contributes to the development of tau pathology.  Abnormal deposits of Aβ and tau protein in the brain are the two pathological hallmarks which define Alzheimer’s disease (AD), and it is well-established that Aβ at the very least exacerbates, if not drives, the development of tau pathology.  Yet how this occurs, especially with regard to the specific pattern of AD pathology as it spreads across the brain, is not well understood.

In the first aim of the study, we are using mice that have been engineered to express the human version of Aβ in neurons of a specific sub-region of the hippocampus, the CA3.  Within the hippocampus, the axons of the CA3 neurons synapse onto the CA1 neurons, which therefore lie downstream, while the CA3 neurons are themselves downstream of the axons of the dentate gyrus neurons.  By assessing in which of these regions tau pathology is most severe, we hope to determine whether the Aβ expressed by our CA3 neurons preferentially acts to exacerbate tau pathology in a pre- and/or post-synaptic fashion.

The second part of our study is directed towards understanding how Aβ affects the spread of tau pathology throughout the brain, as this process occurs independently of amyloid-β pathology in several other neurodegenerative diseases.  Preparations containing pathological tau will be injected into the brains of both control mice and mice expressing Aβ and tau, and we will determine if the presence of Aβ enhances or accelerates the conversion of physiological tau into pathological tau species.

Our study benefits from the unique genetics of our AD mouse models, as these enable the specific and regulated expression of Aβ, plus the opportunity to observe its interaction with tau in vivo.  A better understanding of how Aβ and tau interact during the propagation of pathology will aid the development of improved strategies for inhibiting further spread and thereby preserving cognitive function in patients. 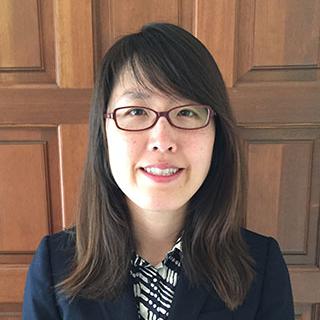