Studies show that having the apolipoprotein E4 (APOE4) gene increases a person's risk for Alzheimer's diseases (AD). The persons who have AD and/or the APOE4 gene have problems with obtaining energy in their brain. Insulin is a drug that could help with the process of breaking down substances in the cells to obtain energy. Thus we would like to use animal models to look at whether insulin can rescue the brain energy in the animals that have AD and/or APOE4 gene. Our findings will be very useful in understanding how apoE4 impairs brain health and how we can use insulin as an effective treatment for AD.

APOE ε4 gene is the strongest genetic risk factor for late-onset AD by modulating amyloid-β (Aβ)-dependent and independent pathways. We have recently demonstrated that in the absence of Aβ, apoE4 transgenic mice showed impaired cerebral insulin signaling with aging. In this project, we plan to examine how Aβ and apoE4 synergistically impair brain insulin signaling, and whether this effect could be rescued by brain administration of insulin. We have two specific Aims:

With the recent failure of clinical trials that have targeted the Aβ pathway alone, there is an urgent need to develop novel therapeutic methods to treat AD. As the ε4 allele of the apolipoprotein E (APOE) gene is the strongest genetic risk factor for late-onset AD among its three polymorphic alleles (ε2, ε3, and ε4), it is an attractive alternative target for AD therapy. A recent Phase II clinical trial with insulin nasal spray in AD patients has yielded positive results in preventing cognitive decline. It is interesting that APOE genotype status appears to modulate the cognitive response to insulin in these clinical trials. Thus, there is an urgent need to understand the function and regulation of brain insulin signaling and glucose metabolism in preclinical models. Using amyloid mouse model expressing different human APOE genes, we will assess how Aβ and apoE4 synergistically contribute to impaired insulin signaling and glucose pathway; and examine whether a restoration of insulin signaling allows a rescue of Aβ and apoE4-related AD phenotypes. Our proposed study should provide essential knowledge regarding how restoring insulin signaling in AD brain helps with improving cognition, and direct the therapeutic strategy concerning how AD patients with different APOE isoforms should be treated. 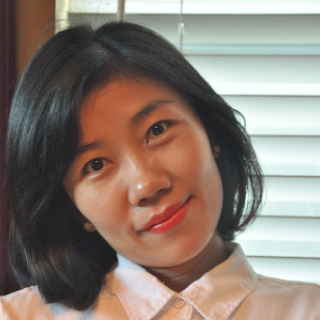