Pharmaceutical companies are developing drugs to block an enzyme, BACE1, which makes the toxic amyloid that accumulates in the brains of Alzheimer's disease patients. Dr. Vassar and his team have shown results suggesting that these drugs may disturb the wiring of the brain and, therefore, may cause negative side effects such as problems with learning and memory. The goal of their research is to better understand the role of BACE1 in processes involved in brain wiring and then to use these results to guide drug makers on design of safer medicines. These results will also inform physicians of potential side effects of BACE1 targeted drugs and their possible remedies.

The BACE1 enzyme facilitates production of a toxic substance called amyloid that is a probable cause of Alzheimer's disease (AD). Pharmaceutical companies are currently developing drugs to block BACE1 for the treatment of AD. However, Dr. Robert Vassar's results suggest that these drugs may disturb the wiring of the brain and therefore may cause negative side effects, such as problems with learning and memory. The goal of this study is to better understand BACE1's role in wiring the brain. By using mice in which the gene for BACE1 has been removed, these researchers are examining the effects of BACE1 deficiency on wiring in the brain's smell and memory systems, two regions of the brain where the processes of brain wiring are particularly active. After characterizing the wiring defects in these mice, the scientists are also determining how the BACE1 enzyme is involved in the molecular processes that govern brain wiring. These experiments are carried out in tissue culture cells, as well as in brain cells cultured from normal and BACE1-deficient mice. Once an understanding of the molecular mechanisms is reached, the investigators will manipulate these mechanisms in brain cells from normal and BACE1-deficient mice in various ways to correct the wiring defects caused by BACE1 deficiency. This study provides a unique focus on the role of BACE1 in brain wiring, an area that has never been explored before. These studies unite two seemingly unrelated fields, those of Alzheimer's disease and brain wiring, to see how they are related and might affect one another. The experiments also use an innovative set of tools to explore this relationship, especially in the form of unique genetically engineered mouse strains that facilitate the investigations. The researchers anticipate that the knowledge gained from this timely work will inform drug makers and physicians of the potential for BACE1 drug side effects, particularly those that might affect brain wiring. In addition, understanding the molecular mechanisms involved may suggest ways to avoid such negative BACE1 drug side effects and therefore allow BACE1 drugs to be used safely for the treatment of AD. 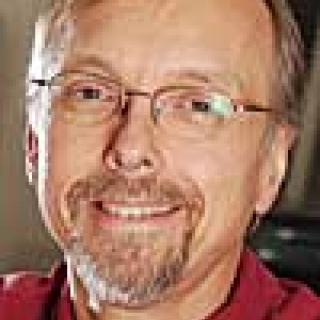