Alzheimer’s disease (AD) destroys brain cells, causing memory loss and problems with thinking and behavior severe enough to affect work, lifelong hobbies, and social life. New neurons are born in the adult brain (called “adult neurogenesis") and this process is impaired in AD, suggesting that impaired cognitive function in AD might, at least, in part, be due to impaired neurogenesis in the adult brain. ADAM10 is a protein that plays an important role in AD, as it prevents the generation of a toxic protein that causes AD. Dr. Choi’s team hypothesizes that ADAM10 also plays critical roles in adult neurogenesis, and they propose various animal and cell culture experiments to validate their hypothesis.

Alzheimer’s disease (AD) is the most common form of dementia among older people. The disease destroys brain cells, causing memory loss and problems with thinking and behavior severe enough to affect work, lifelong hobbies, and social life. AD gets worse over time, and is fatal. The most popular therapeutic approach has been to inhibit neurodegeneration, but as yet there are no treatments that can stop the disease today.

Adult brain contains discrete populations of stem cells that retain the capacity to generate new neurons through the process of adult neurogenesis. Neurogenesis in the adult brain plays a critical role in learning and memory, adaptation to novel environments, and injury or disease. Recent evidence shows that rate of adult neurogenesis declines in various, early-onset, AD models, raising the possibility that reduced neurogenesis may account, at least in part, for impaired learning and memory and cognitive deterioration in AD. However, most AD cases are late-onset and no study has been reported to examine the effect of mutations found in late-onset AD on adult neurogenesis. We aim to investigate whether late-onset AD-associated ADAM10 mutants affect adult hippocampal neurogenesis.

We already generated transgenic mice expressing human wild-type ADAM10 or ADAM10 mutations that are associated with late-onset AD. First, we aim to investigate whether wild-type and/or ADAM10 mutations affect adult neurogenesis in our transgenic mouse models. Secondly, we will find mechanism(s) by how ADAM10 regulates adult neurogenesis using cell culture systems. Third, we will assess cognitive function to study the functional outcome of altered neurogenesis in the ADAM10 mice. Finally, we will also investigate whether increasing neurogenesis could be a therapeutic target in a mouse model of AD.

Since the hippocampus plays a central role in processing new memories and is severely affected in AD, better understanding of the ADAM10 regulators of neurogenesis will highlight the opportunities for enhancing the expression and/or activity of the ADAM10 as a therapeutic target by manipulating neurogenesis in the brain. 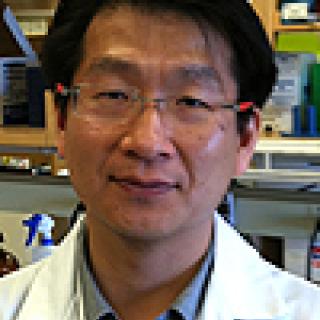