What: Changes in blood flow and vessel density in the eye may be an indicator of problems with blood circulation in the brain, signaling the risk of cognitive decline from Alzheimer’s disease (AD) and other forms of dementia.

BrightFocus Connection: This project was supported by a BrightFocus Alzheimer’s Disease Research grant to senior author Amir H. Kashani, MD, PhD, of the University of Southern California (USC) Roski Eye Institute and Keck School of Medicine, undertaken in partnership with the National Institute of Neurological Disorders and Stroke (NINDS). 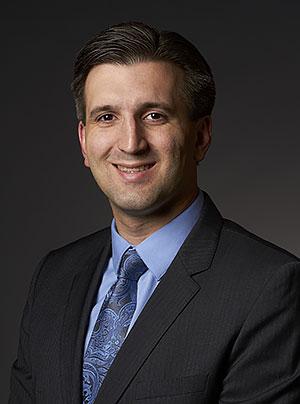 Why It Is Important: Scientists have long held that the eye serves as a “window” to the brain and in recent years have looked for ways to diagnose AD through the eye. Vascular pathology (ie, changes to the density and flow of small blood vessels in the brain) is a contributing factor in at least half of all forms of dementia, including AD. Kashani et al hypothesized that vascular problems detected in the eye may be indicators of similar problems in the brain. However, it is not yet possible to “see” into the brain at this level, whereas high-resolution imaging of the eye is now routine. They used ophthalmic coherence tomography angiography (OCTA) -- advanced imaging technology developed to diagnose and treat eye disease -- to measure blood vessel density and flow in the eyes of human subjects who are at risk of vascular contributions to cognitive impairment and dementia (VCID).

For this pilot, imaging data was drawn from 50 older participants (mean age 68 years) in the Los Angeles Latino Eye Study (LALES), a long-term study of eye health initiated in 2000. This population is important to study, the authors point out, because in addition to being the fastest-growing group of older adults in the United States, the aging Latinx population has a higher prevalence of both heart and cerebrovascular disease compared to Black and non-Hispanic White, estimated at 50%, 40%, and 28%, respectively, which places it at higher risk for VCID.

Results confirmed that there is a strong correlation between reduced vessel density and blood flow in the retina and significantly lower scores on tests used to diagnose mild cognitive impairment and dementia. The authors concluded that OCTA-based retinal capillary assessment holds promise for diagnosing and improving brain blood circulation at an early stage, prior to cognition loss. They are planning future studies to investigate long-term changes in retinal vessels and their correlation with changes to brain health and cognition.

Learn about BrightFocus’ efforts to end diseases of mind and sight.