Abnormal neurofibrillary tangles (NFTs) -- a buildup of tau protein in parts of the brain -- helped researchers uncover a new genetically-linked form of dementia.

What: Newly discovered genetic mutations, and a new model capable of mimicking tau spread in humans, elucidate mechanisms by which tau contributes to neurodegeneration. This knowledge opens up new avenues for Alzheimer’s drug development.

BrightFocus Connection: This research was supported in part by an Alzheimer’s Disease Research grant to coauthor Zhuohao He, PhD, while he was at the University of Pennsylvania. He is now a principal investigator with the Chinese Academy of Sciences, Shanghai.

Why It Is Important: Tau proteins undergo molecular changes in Alzheimer’s disease (AD) and other neurodegenerative diseases, causing them to misfold and accumulate in neurofibrillary tangles (eg, tau tangles) that destroy brain cells. Researchers are working to better understand this process.

Now an international group of scientists, working collaboratively, have identified a rare, inheritable genetic mutation that is associated with a new type of dementia linked to neurofibrillary “tau tangles.” The genetic studies leading to the discovery were done on two families, one in Greece and the other in the United States, both with a novel mutation associated with frontotemporal degeneration, an AD-associated form of neurodegeneration. Interestingly, neither family had a mutation on the microtubule associated protein tau (MAPT) gene that encodes for tau, but on a related gene, the valosin-containing protein gene (VCP) that encodes proteins associated with tau breakdown and disposal. Typically, mutations linked to AD-type neurodegeneration affect the production or aggregation of misfolded tau, and less is known about genetic factors impeding tau clearance. These recent findings represent a breakthrough by suggesting that impaired tau turnover can promote neurofibrillary formation (or tangle formation), highlighting VCP as a potential new drug target to prevent tau accumulation and cell death. 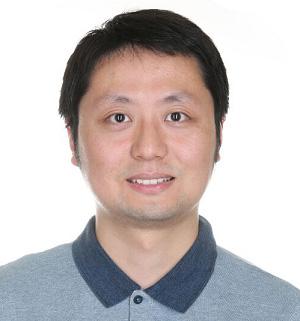 As coauthor and contributor to this work, BrightFocus grantee Zhuohao He, PhD, is a senior research investigator within the Center for Neurodegenerative Disease Research at Penn’s Perelman School of Medicine. The center is directed by Virginia Lee, PhD, a BrightFocus supporter and winner of a major award for scientific breakthroughs. Dr. He’s ADR project seeks to identify the specific strains of tau that accumulate in human AD, and to distinguish them from other tau proteins found in brain cells, in order to track the initial deposit and spread of tau in AD’s onset. To study this, he developed an animal model with the human versions of tau protein.

A second paper he recently coauthored focuses on the MAPT gene, and the discovery of rare MAPT mutations associated with frontotemporal dementia with parkinsonism-17 (FTDP-17), another tau-associated neurodegenerative disease. It reports on the first experimental evidence showing that tau derived from human FTDP-17 disease may have distinct properties and unique seeding patterns. This underscores the importance of developing and using animal models with different tau mutations to fully study tauopathies leading to neurodegeneration.

A third paper, on which Dr. He served as first author, describes efforts he led to develop a new animal model incorporating human AD-associated tau strains to more closely resemble disease state in humans. Using this model, Dr. He injected tau strains obtained from people with different tauopathies and showed that specific tau strains recruit host proteins to take on the same conformation, and further, that each strain initiates unique, specific pathological immune responses in host immune cells (microglia communities). This, too, substantiates the idea that tau can be a “horse of many colors” when it comes to neurodegenerative disease spread. This impactful finding suggests that specific cell-derived factors in the host environment can help dictate tau spread and once identified, can serve as novel targets of intervention.

Learn more about BrightFocus-funded research in this area.


Learn about BrightFocus’ efforts to end diseases of mind and sight.