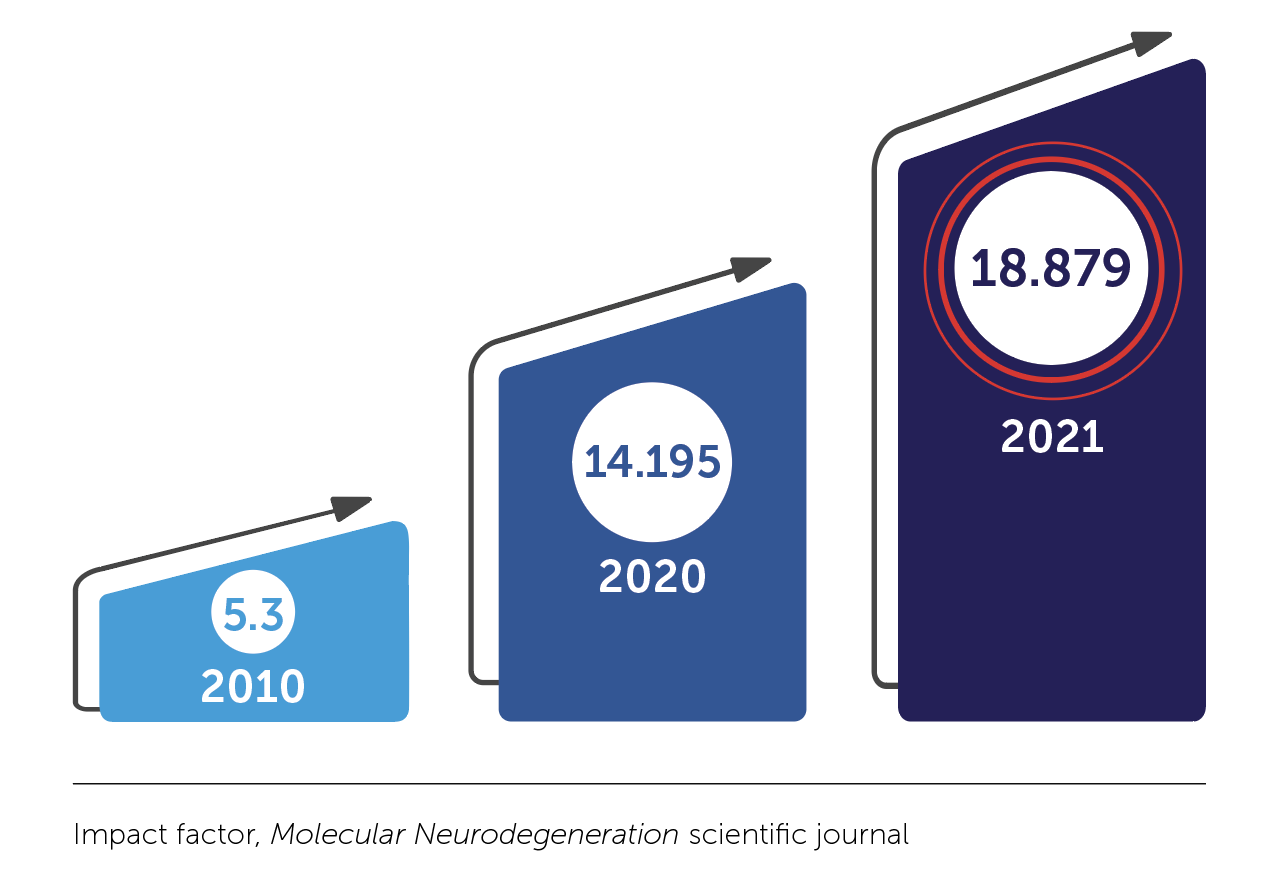 The impact factor of Molecular Neurodegeneration, the official scientific journal of BrightFocus Foundation, has risen to 18.879, according to its publisher, up from 14.195 a year ago (33% increase). This is a 112% increase from 2010 when BrightFocus’ sponsorship of the journal began. It is now the top-ranked open-access publication in its field, on par with other high-impact journals including Neuron, Journal of Experimental Medicine and Nature Communications.

A scientific journal’s impact factor is derived from how often its articles are cited in scientific literature during a particular time period and reflects the journal’s influence in shaping and leading scientific progress. Journals with higher impact factors are considered more prestigious and have higher standards for publication.

Molecular Neurodegeneration focuses on neurodegenerative diseases of mind and sight (including Alzheimer’s and glaucoma). All articles are free and permanently accessible online, without subscription charges or registration barriers. The journal has been ranked as the number one open-access journal in the neuroscience category for nine years in a row (2013 – present) and is ranked No. 7 among all 274 neuroscience journals. Among the top 10, Molecular Neurodegeneration is the only open-access journal.

“The rapid rise of Molecular Neurodegeneration’s impact factor is a testament to the significance of the scientific discoveries and collaborations that BrightFocus is fostering to cure diseases of mind and sight,” said Diane Bovenkamp, PhD, BrightFocus Vice President, Scientific Affairs. “By sharing this cutting-edge research in an open-access format, more readers and potential collaborators can discover and build upon the latest research, making it even more valuable to advancing scientific progress.”