BrightFocus is supporting an exciting new clinical trial that involves an innovative approach in which a capsule is implanted in the eye. This will deliver a steady stream of growth factors to protect damage to the optic nerve, and possibly enhance visual function in patients with glaucoma.

For glaucoma, the goal is to protect sight by preserving the function of retinal ganglion cells (RGCs), which make up the optic nerve. RGCs receive visual signals from the photoreceptors, then transport them over long fibers, called axons, that extend from their cell bodies to the brain.

The optic nerve is like a fiber optic cable made up of these axons. In many forms of glaucoma, damage associated with increased intraocular pressure (IOP) begins to damage axons in the optic nerve, ultimately killing RGCs. This axon damage and RGC loss corresponds with vision loss, initially in the outer edges of one’s visual field, known as peripheral sight, that typically is lost first in glaucoma. As glaucoma progresses, the central vision is progressively damaged. Glaucoma is the number one cause of irreversible vision loss in the world. It appears that NT-501 ECT may help RGCs resist that damage.

The clinical trial is led by Jeffrey Goldberg, MD, PhD, chair of ophthalmology at Stanford University and director of the Byers Eye Institute. Goldberg has received support from BrightFocus’ National Glaucoma Research (NGR) program and specializes in optic nerve protection and regeneration.  BrightFocus support for this work has been made possible by the generosity of Barry Friedberg, and other donors.

Read an exclusive Q and A with Dr. Goldberg about the clinical trial.

Dr. Goldberg’s study is a Phase 2 clinical trial, one that represents a midpoint in the development of a new drug or treatment. While continuing to test whether the treatment is safe in humans, researchers also gather data on effectiveness. Clinical trial details can be found at https://clinicaltrials.gov/ct2/show/NCT02862938. 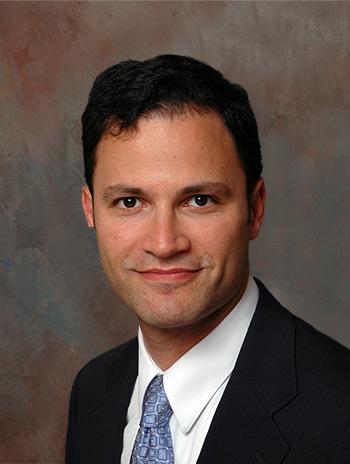 The main outcome measure being used to judge success in this trial is change in vision. In addition there are numerous secondary measures designed to evaluate the health of the optic nerve (see sidebar nearby). Several clinical trials, each one larger than the last, are typically required before the U.S. Food and Drug Administration (FDA) will approve the drug for use.

[For more information on clinical trials, see the new BrightFocus publication Clinical Trials: Your Questions Answered, as well as an infographic, An Uphill Battle].

To Protect or Replace Damaged Cells? That Is the Question

Nerve cells, unlike most cells in the human body, do not replicate over our lifespans. Once the human neurons are destroyed by neurodegenerative diseases like glaucoma, macular degeneration, and Alzheimer’s, our bodies can’t regenerate new cells to take their place.

Modern technologies have the potential to change that. However, the researchers differ over how best to use genetic engineering to preserve sight.

Some think there is much to be gained from molecular compounds resembling natural ones, whose role is to nurture and protect threatened nerve cells (a “neuroprotective” strategy). Others emphasize technologies designed to regrow damaged cells, or even replace damaged cells with new ones that are grown outside the body, for example using induced pluripotent stem cells, or iPSCs (“regenerative” approach). Both approaches may also improve the function of damaged cells and restore their function in the short term (“neuroenhancement”).

NT-501 ECT may have any or all of these properties. A capsule filled with human cells that have been genetically modified to secrete ciliary neurotrophic factor (CNTF) is implanted into the eye. CNTF promotes nerve growth and activity, and in many pre-clinical studies has been shown to reduce damage to neurons in a variety of neurodegenerative diseases or traumas.

Researchers are moving rapidly to develop both neuroprotective and neuroregenerative therapies. Much of this early exploratory research has been funded by private sources, like BrightFocus’ National Glaucoma Research (NGR) program. More recently, the federal government’s National Eye Institute (NEI) has mounted the Audacious Goals Initiative (AGI), whose goal is to promote research into ways of preserving and restoring sight.

[Read our story and link to a video about NEI’s AGI.]

In a breakthrough earlier this year, a research team led by 2013-15 BrightFocus NGR grantee Kenneth Muller, PhD, of the University of Miami, achieved the first successful transplant of mature RGCs in an animal model. Dr. Goldberg collaborated on the project, which was published in Nature Communications (Venugopalan et al, 2016). [Read our Science News story about that accomplishment.]

Many additional obstacles remain to be cleared before regenerative approaches will work for glaucoma. While iPSC technology can replicate RGCs, it’s difficult to grow these cells in the quantity that are needed to restore vision. Similarly, while the NGR-funded animal research of Muller and others has managed to transplant RGCs into the eye, it remains a huge challenge to re-integrate these new cells into the brain’s vision center.  Reestablishing the eye-brain circuitry, or neural network, requires that the eye and brain learn to “see” all over again in a coordinated fashion.

In the face of these daunting challenges, BrightFocus funds scientific research worldwide to better protect and preserve sight.   This new clinical trial is a promising effort toward that goal.