An Evening of BrightFocus 2021

Thank you for attending our 6th annual gala, An Evening of BrightFocus, on June 24, 2021. Special guests and scientists came together virtually to discuss Alzheimer’s disease, macular degeneration and glaucoma, as well as share some of the most exciting work to end these diseases.

The evening included special appearances by:

Peter Gallagher is an award-winning film, television and stage actor. He has appeared on Broadway in Guys and Dolls and Long Days Journey Into Night, in films such as American Beauty and Sex, Lies and Videotape and television series The OC and Zoey’s Extraordinary Playlist to name a few.

Macy is an Oscar and Golden Globe nominee, an Emmy and SAG Award winning actor, and a writer in theater, film, and television. Most recently he starred in the Showtime series Shameless, for which he was nominated twice for a Best Actor Emmy Award and has won twice for the SAG Award. Macy's film credits include Seabiscuit, The Cooler, Magnolia, Boogie Nights, Jurassic Park III, Fargo, TNT's Door to Door, Wild Hogs, and Room. William H. Macy made his feature directorial debut with Rudderless, the closing film at the 2014 Sundance Film Festival. The Layover, his second film, was released in 2017 followed by his third film, Krystal, in April of 2018. In addition, Macy is a founding member of the Atlantic Theater Company.

James Keach has appeared in over fifty feature films and has produced and directed hundreds of hours of television. He directed the award-winning documentary Glen Campbell... I’ll Be Me, which showed the legendary singer’s unprecedented “Goodbye Tour” after he was diagnosed with Alzheimer’s disease. James produced and directed the award-winning Augie, and produced David Crosby: Remember My Name, Golden Globe winning Walk the Line, and Grammy® winning Linda Ronstadt: The Sound of My Voice. In 2020 Keach released two films: Turning Point, an extraordinary documentary that follows the quest for the first medication that could treat the underlying processes of Alzheimer’s disease, and Linda and the Mockingbirds, which celebrates Mexican music and culture and features music superstars Linda Ronstadt and Jackson Browne.

Aarón Sánchez, chief chef officer of COCINA, is an award-winning chef, TV personality, cookbook author, and philanthropist. He is the chef/owner of Mexican restaurant Johnny Sánchez in New Orleans and a judge on FOX’s hit culinary competition series MasterChef. He also co-starred on Food Network’s Chopped and Chopped Junior. Sánchez launched the Aarón Sánchez Scholarship Fund, an initiative empowering aspiring chefs from the Latin community to follow their dreams and attend culinary school. He is also passionate about preserving his family’s legacy through food and encouraging diversity in the kitchen.

The Importance of Sleep Related to Glaucoma

How Diet Relates to Macular Degeneration 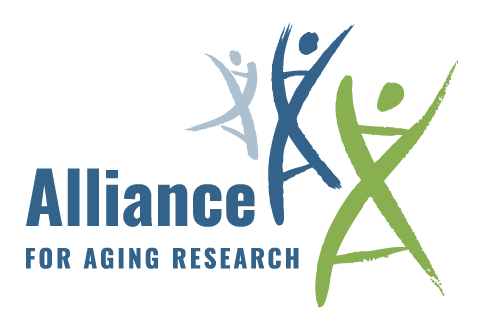