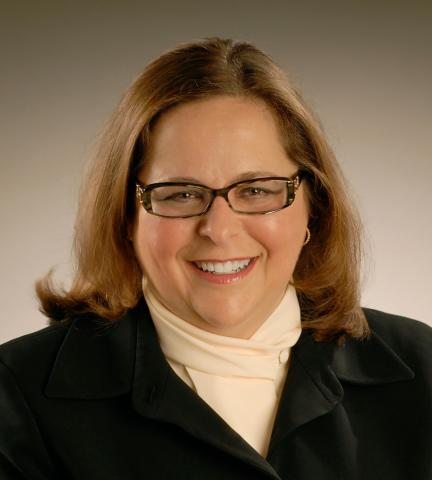 Stacy Pagos Haller is the President and CEO of BrightFocus Foundation, comprising its signature research programs−Alzheimer’s Disease Research, National Glaucoma Research, and Macular Degeneration Research. Recognized as a compassionate, impact-driven leader in the scientific and health care sectors for more than three decades, Stacy provides oversight for the Foundation’s operations and strategic objectives, reporting directly to its Board of Directors.

Since joining BrightFocus in 2010, Stacy has significantly expanded the non-profit’s stature as a prominent funder of Alzheimer’s disease, macular degeneration, and glaucoma scientific research and provider of critical information to millions of affected individuals about these diseases.  Under her tenure, the Foundation has nearly tripled its investment in boundary-breaking neurodegenerative research, having funded $100 million across 450 awards in the past five years alone to defeat brain and vision diseases. Since inception, BrightFocus has awarded nearly $275 million in research funding for close to 2,000 awards, with 287 active awards in 17 countries.

Prior to assuming the leadership of BrightFocus in 2010, Stacy served as the Executive Director of CureSearch National Childhood Cancer Foundation, the world's largest children's cancer research organization. She also co-created the first Outcomes Measurement Training in the Mid-Atlantic region to improve nonprofit performance.

Stacy regularly appears on panels for scientific, health care, and philanthropic audiences and represents BrightFocus among public and private sector leaders in efforts to increase and diversify sources of research funding. Her honors and recognitions include Disruptive Women in Health Care naming her to its list of Disruptive Women to Watch and the thought leader Ideagen presenting her with their Global Leadership Award.

Stacy, whose board service includes America’s Charities, is a graduate of Mount Holyoke College and based at the Foundation’s primary office in Clarksburg, MD. Macular degeneration, glaucoma, and Alzheimer’s have personally affected Stacy’s family.