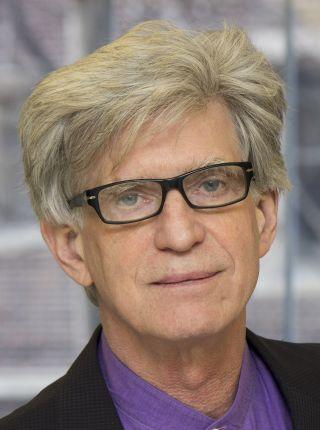 Dr. Trojanowski obtained his M.D./Ph.D. in 1976 from Tufts University in Boston. After a medicine internship at Mt. Auburn Hospital and Harvard Medical School, he began pathology/neuropathology training at Massachusetts General Hospital and Harvard Medical School (1977-1979), and completed training at the University of Pennsylvania School of Medicine in 1980 where he was appointed assistant professor of Pathology and Laboratory Medicine (1/1/1981) and rose to tenured full professor in 1990.

For >15 years, Dr. Trojanowski has conducted research on AD, PD, motor neuron disease, dementia with Lewy bodies (DLB), frontotemporal dementias (FTDs) and related disorders. Most of his >500 publications focus on the pathobiology of neurodegenerative disorders, especially the role of abnormal filamentous protein aggregates in these diseases. Dr. Trojanowski received awards for his research including: a MERIT Award (1986-1994) from the National Institutes of Health (NIH), the Metropolitan Life Foundation Promising Investigator Award For Alzheimer's Disease Research (1991), membership in the American Society of Clinical Investigation (1991), an Established Investigator Award from the National Alliance for Research on Schizophrenia and Depression (1994), the Metropolitan Life Foundation Award For Alzheimer's Disease Research (1996), the Potamkin Prize For Research In Pick's, Alzheimer's And Related Diseases (1998), the first Pioneer Award from the Alzheimer's Association (1998), ISI Highly Cited Researcher 2000 (most highly cited neuroscientists for 1981-1999), the Stanley Cohen Biomedical Research Award of the University of Pennsylvania (2000), membership in the Association of American Physicians (2000), the 2004 Irving Wright Award of Distinction of the American Federation for Aging Research, and the 2005 Rous-Whipple Award of the American Society for Investigative Pathology. He was elected President of the American Association of Neuropathologists (1997-1998), and is on the editorial board of several neuroscience and pathology journals.

Dr. Trojanowski was elected to the Institute of Medicine (2002) and he has served and continues to serve on local and national aging research committees including the NIA Neuroscience, Behavior and Sociology of Aging Study Section (1987-1991), the National Advisory Council on Aging (NACA) of the NIA (1994-1998), the NACA Working Group Chair (1996-1998), the Medical and Scientific Advisory Board of the National Alzheimer's Association (1994-1997) as well as of the Southeastern Pennsylvania Chapter of the Alzheimer's Association (1992- present), the NIA Board of Scientific Counselors (1998-present), the Scientific Advisory Boards of the Paul Beeson Physician Faculty Scholars In Aging Award (1998-present), the Alliance for Aging Research (2002-present) and the Association of Frontotemporal Dementia (2003-present), the Program Committee of the World Alzheimer Congress 2000 (1998-2000), Chair of the "Biology of Synuclein and Cortical Lewy Bodies Associated with Dementia in AD, LBD, and PD" (July, 2001) and "Genetics of Alzheimer's Disease (March, 2002) workshops organized by NIA and the National Institute on Neurological Diseases and Stroke in Bethesda, Maryland, and the Organizing Committee of the 6th (Seville, Spain, 2003) and 7th (Sorrento, Italy, 2005) International Conferences On Progress In Alzheimer's And Parkinson's Disease (2001-2005).

Department of Pathology and Laboratory Medicine, and the Institute on Aging
The Perelman School of Medicine
University of  Pennsylvania
Philadelphia, PA 19104