In a major discovery, BrightFocus-funded scientists have made significant progress in understanding how tau tangles may spread in the earliest stages of Alzheimer’s disease (AD), adding crucial insight toward learning how to slow or prevent the disease.

The new research findings, published in Nature Neuroscience, show that a damaged, toxic form of tau protein may spread from neurons in exosomes, or minute particles that are released from microglia, the brain’s innate immune cells.  While it's quite possible this is not the only way tau tangles grow and spread, the research team provides compelling evidence that microglial cells may play a role by secreting exosomes that contain diseased tau in AD’s early stages.

Exosomes are small, fluid-filled sacs that are released by microglia into the intracellular space, and from there they can be taken up by neurons. 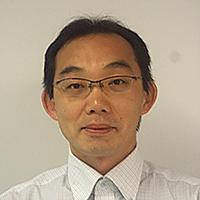 They are believed to have specialized functions, including waste management and intracellular signaling to invoke an immune response.

However, it appears that in this situation, microglia may be spreading tau rather than clearing it from the brain. The experiments published in Nature Neuroscience on October 5 (Asai et al, 2015) showed that stopping this process helped prevent tau’s spread.

View a short video about this discovery. 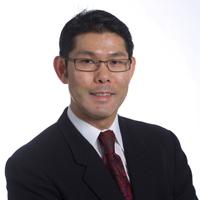 The researchers were able, in two different experiments, to significantly halt tau’s spread by reducing microglia and by inhibiting exosome synthesis. Their work suggests that these tau-carrying exosomes are a promising area for future work toward a new therapeutic treatment. Earlier results of their experiments were publicized at the 2014 Society for Neuroscience meeting and covered in a BrightFocus Science report.

Understanding the Mechanism Behind AD 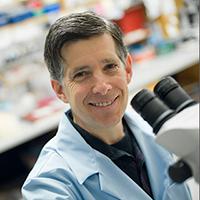 The work by Ikezu's team brings up most closer to understanding the "disease mechanism," where the disease begins and how it spreads.

In the healthy brain, tau protein serves a useful role. However, early in the course  of AD, tau undergoes biochemical changes that cause it to change shape and collect in neurofibrillary tangles (NFTs) known as “tau tangles.” These tangles first form in a brain region called the entorhinal cortex (EC), before memory loss or other AD symptoms occur.

NFTs then migrate to a central brain region called the hippocampus, which is important for learning and memory. This is the part of the brain most ravaged by AD. After NFTs appear in the hippocampus, they’re associated with neuron loss and cognitive dysfunction. This disease pattern has been known for years, but the mechanism behind it has not been understood. 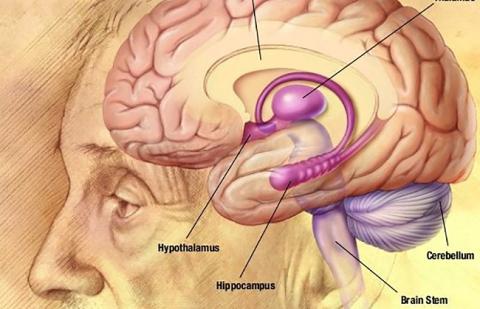 Courtesy: National Institute on Aging, NIH
ROUTE OF TAU: Tau tangles first form in a brain region known as the entorhinal cortex (not shown), a small area directly below the hippocampus, in asymptomatic stages of Alzheimer’s. However, when tau tangles next develop in the hippocampus (the central area shown in purple), memory loss and other Alzheimer’s symptoms occur. New research suggests that diseased tau spreads in small particles released by microglial cells that are part of the brain’s immune system.

Microglia, the brain’s resident immune cells, make up 10-15 percent of the brain’s total cells. They constantly survey brain tissue for plaques, damaged neurons and infectious agents. Microglia then remove them through a process known as “phagocytosis,” where they engulf the offending particles, then chemically dissolve and dispose of them. Microglia not only phagocytose dying cells and debris (including Alzheimer’s plaques and tangles), but also living neurons and the connections between them, called synapses.

Microglia also can secrete substances. As such, they have long been suspected of playing a role in AD transmission—but how that happens has been a mystery.

Just as arborists remove dead limbs from trees, microglial cells sometimes remove the nerve endings of damaged neurons to promote cell survival. Ikezu and team think it’s possible that in AD, microglia become alerted to neurons containing an enzyme that is associated with cell death. In response they may phagocytose inactive synapses in those neurons, a phenomenon known as “synaptic pruning.” Thus, through a fatal combination of biochemical changes and inacti­vated nerve endings, tau-bearing neurons may attract microglial attention and set in motion the spread of disease. This is what Ikezu and team suggest.

A Major Finding That Coexists With Other Hypotheses

While providing some of the first evidence that microglial cells are involved in spreading tau at an early stage, the work of Ikezu and team does not negate other theories as to how toxic tau spreads. For example, previous experiments have shown that when NFTs are injected directly into the brains of animal models, tangles start growing. However, that doesn’t not necessarily mean “that NFTs are the only tau species capable of spread­ing from neuron to neuron,” these researchers point out.

Similarly, other BrightFocus-funded researchers have pursued the hypothesis that tau is spread through the exosomal pathway, in particular Marc Diamond, PhD, and Kristin Funk, PhD, of Washington University in St. Louis. Diamond’s work helped connect tau to the “prion hypothesis” first introduced by Nobel Laureate Stanley Prusiner, PhD. In his early work as a BrightFocus grantee, Prusiner hypothesized that AD and other neurodegenerative diseases are spread in small nanoparticles known as “prions” that are transferred through direct contact with diseased tissue. In a recent publication, Funk and Diamond described their success at stopping and reversing tau’s spread this way in mouse models.

[Read about other BrightFocus-funded research aimed at stopping tau’s spread.]

Where Ikezu and team cover new ground is by demonstrating that tau can spread in a non-synaptic fashion from one region of the brain to another. By offering an alternative explanation for tau’s early spread through exosomes, rather than adjacent neurons, they help to explain how AD may travel from one brain region to another as it progresses. And they have also proposed closing this route, pharmacologically.

As yet another contribution, Ikezu and his team have developed a “rapid model” of tau progression that will make it easier for researchers to study tau in the future.  Whereas normally it takes close to a year for tau to propagate in rodent brains, their model leads to rapid tau propagation from the EC to the hippocampal region within four weeks.

So now we can add microglia and exosomes to the growing list of how “bad” tau propagates in the Alzheimer’s brain—and how this disease process might be stopped.