BrightFocus grantee Alexander Marneros, MD, PhD, of Harvard’s Massachusetts General Hospital, has discovered that increased amounts of VEGF-A, a protein associated with excessive blood vessel growth, is associated with not one, but three vision diseases. His findings in mice show that increased VEGF-A contributes to both wet and dry AMD-like pathologies and to age-related cataract formation.

For over a decade, VEGF-A (or vascular endothelial growth factor-A) has been implicated in neovascular, ie, “wet” AMD. Excessive amounts in the eye became the target of a new class of AMD drugs known as anti-VEGF therapies, introduced roughly a decade ago. Until now, however, VEGF had not been known to play a role in both dry AMD and cataract formation. 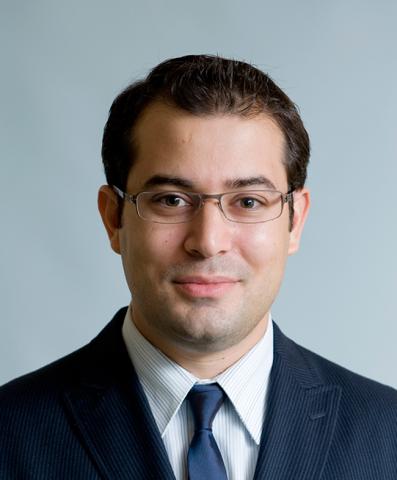 While still shown only in animal models, the discovery of a common pathologic mechanism contributing to all three conditions is unexpected and could lead to new ways to treat all three diseases,  according to Marneros in a Mass General press release.

These results were published in EMBO Molecular Medicine in February (Marneros 2016).

The Trail That Led to These Findings

In addition to being a practicing clinician and an Assistant Professor of Dermatology at Harvard Medical School, Dr. Marneros is a principal investigator at Mass General’s Cutaneous Biology Research Center in Boston. He was awarded a 2014-16 BrightFocus grant from the Macular Degeneration Research (MDR) program to try and pin down the molecular components of an inflammatory chain reaction believed to be associated with AMD.

Several common age-related eye conditions have been linked to hypoxia – a reduced oxygen supply – and to oxidative stress due to the production of forms of oxygen that react with other molecules. Since VEGF-A is known to induce production of these reactive oxygen species, Marneros hypothesized that it may play an essential role in a cycle in which hypoxia and oxidative stress induce VEGF-A expression, which stimulates further oxidative stress, resulting in these pathological conditions. Tissue damage produced by oxidative stress involves the activation of inflammatory processes by a protein complex called the NLRP3 inflammasome.

Using his MDR grant, Marneros explored the hypothesis in a mouse model in which VEGF-A is expressed at two to three times the normal level, similar to what is seen in eyes of patients with neovascular AMD. He first found that increased VEGF-A expression in the retinal pigment epithelium did lead to the kinds of damage seen in both wet and dry AMD. Notably, VEGF-A was also expressed in the aging lens, which has no vascular system, and its overexpression in the mouse model increased markers of oxidative stress in the lens and accelerated the formation of age-related cataracts.

Importantly, targeting NLRP3 inflammasome components could inhibit both forms of AMD-like pathologies as well as cataract formation in mice with increased VEGF-A in the eye.

“Our results indicate that targeting key components of the NLRP3 inflammasome may be a strategy for both preventing and inhibiting these common diseases of the eye without losing the beneficial effects of VEGF-A,” says Marneros. “These findings provide the preclinical framework for future clinical studies that could determine whether therapeutic targeting of the NLRP3 inflammasome or of IL-1β could inhibit the manifestation of age-related cataracts or AMD in patients.”

BrightFocus was the only nonprofit charity to provide funding for this research, which was also supported by an NEI grant.