The blinding lesions of the geographic atrophy (GA) form of advanced age-related macular degeneration (AMD) are responsible for 20 percent of the legal blindness in North America. Research has shown that oxidative stress and iron overload at the retina are major contributors to these atrophic lesions in AMD, consisting of localized areas of dead cells.

Currently there is no treatment available; however, there is interest in a potent antioxidant and iron chelator called alpha lipoic acid. A chelating agent is a substance whose molecules can form several bonds to a single metal ion, thus suppressing its chemical activity. Alpha lipoic acid is found in many food sources, including spinach, broccoli, and potatoes; it also is manufactured for use as a supplement.

Through a Phase II pilot clinical trial, we are testing alpha lipoic acid as a treatment for GA. 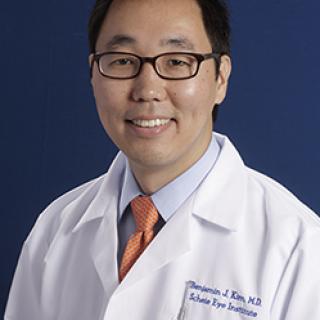