Genetic studies that survey the complete human genome for variants that associate with Alzheimer’s disease (AD) risk, could be key for identifying potential drug targets, though such studies cannot discover the precise mechanism of action of the genetic factors, which is a significant obstacle in the translation of their findings to therapies. Dr. Ertekin-Taner’s team has a novel approach in that they combine information from genetic studies of AD and from their large study on human brain gene expression, to discover how modifying the expression levels of specific genes in the brain can increase the risk of AD. In this proposal, Dr. Ertekin-Taner’s team plans to build upon their strong prior findings, and uncover the precise gene expression changes and their biological consequences that lead to increased risk of AD. The results from this proposal will enable innovative drug discovery approaches aimed at rectifying the misregulated brain gene expression that is likely to be involved with important disease-promoting mechanisms in AD.

Dr. Ertekin-Taner’s study aims to discover novel pathways in Alzheimer disease (AD) by identifying changes in the levels of genes found expressed in the brain that confer risk for this disease. The genes and proteins involved in these new pathways would then be future targets for disease-modifying drugs. This work is based on the strong rationale that the risk for many human diseases is influenced by genetic variants that modulate levels of genes in disease-relevant tissue (i.e., brain tissue for AD).

Dr. Ertekin-Taner’s group has already determined that the strongest genetic risk variants for AD that were detected in recent genomic screens, also associate with the brain expression levels of genes that are located close to the strong risk variants. Dr. Ertekin-Taner’s findings suggest that there are genetic variants that confer risk of AD by modifying the expression levels of genes in the brain. Many genes exist in different forms, called isoforms, which result in different protein products with diverse functions. Identifying the precise changes in brain levels of these gene isoforms will transform the understanding of risk mechanisms in AD, and will enable future novel therapeutic approaches.

Dr. Ertekin-Taner’s team will uncover the specific isoform level changes for the strongest Alzheimer risk genes, by using their unique collection of 202 brains that were generously donated by Alzheimer’s patients. The team will also identify the biological consequences of altering specific isoform levels for two risk genes by decreasing or increasing their levels in cellular models, and investigating functional outcomes such as cell survival. Dr. Ertekin-Taner expects to uncover gene isoform level changes that implicate novel pathways in AD that may guide future drug discovery efforts, and revolutionize therapeutic approaches. 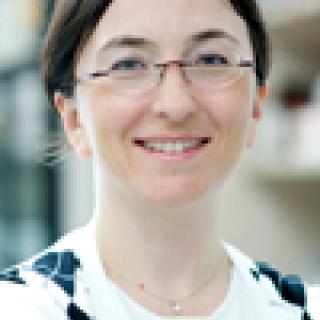