In Alzheimer’s disease (AD), changes occur not only in a person’s memory and thinking, but also in their mood and behavior. Symptoms such as depression, apathy and withdrawal are common and distressing to patients and their families, and can be just as debilitating, if not more so, than changes in memory and thinking. These psychiatric and behavioral symptoms may occur very early in the disease process, in the “pre-Alzheimer’s” disease stage, when a person may have the AD proteins, amyloid beta (Aβ) and tau, in their brains, but before they have developed overt signs of the disease. There is currently not a clear understanding of why and how these debilitating psychiatric and behavioral symptoms occur, and there are few effective treatments. In this project we will be visualizing Aβ in the brains of older adults, and now, due to an exciting new technology developed in our group, for the first time we also will be able to visualize tau protein in the brains of living older adults. This project will be vital by 1) allowing us to see how mild psychiatric and behavioral symptoms relate to build up of Aβ, tau, and brain pathway changes in normal older adults and those in the pre-Alzheimer’s and early AD stages; and 2) providing important information about patterns of psychiatric and behavioral symptoms that may help us to identify those older adults most at risk. The results will pave the way for developing more effective treatments and prevention strategies for AD.

In Alzheimer’s disease (AD), early changes occur not only in a person’s memory and thinking, but also in their mood and behavior. Symptoms such a depression, apathy and withdrawal are common and distressing to patients and their families, and can be just as debilitating, if not more so, than changes in memory and thinking. These changes in mood and behavior also can contribute to disease progression. The goal of my project is to investigate whether specific brain changes, including both the accumulation of two of the main AD associated proteins, — amyloid beta (Aβ) and tau, and associated changes in connections between neurons, might underlie these symptoms in early AD.

As Aim 1, I am investigating the association between mood symptoms of dysphoria (feeling unwell or unhappy), anhedonia (diminished ability to experience pleasure), and apathy (loss of interest and withdrawal) and accumulation of the AD- associated proteins tau and Aβ in the brains of living older adults who are cognitively normal and those with early AD. This project will make use of an innovative imaging technology, that of tau and Aβ positron emission tomography (PET) imaging, that allows us to visualize both the quantity and localization of these two proteins in the brains of living older adults. I predict that in healthy older adults, those who have more pronounced mood symptoms will have greater accumulation of tau in the medial temporal brain region (the initial site of early tau accumulation) and that in older adults with early AD, more severe mood symptoms will be associated with tau accumulation in broader brain regions that have been implicated in regulating the expression of these symptoms—the anterior cingulate cortex, the dorsolateral prefrontal cortex, and the orbitofrontal cortex.  I also predict that across all subjects, this association will be greater in older adults with higher brain Aβ.

As Aim 2, in parallel studies, in the same groups of older adults, I am investigating the association between mood symptoms and brain network connectivity changes (changes in groups of neurons that are connected at rest). I predict that increased severity of mood symptoms will be associated with decreased connectivity within a brain network active during task-related activities, and that this association will also relate to the severity of amyloid and tau protein accumulation.

As Aim 3, I am investigating how changes in mood symptoms relate to changes in memory and thinking in cognitively normal adults and in early AD dementia. I predict that greater severity of depression, anhedonia, and apathy will be associated with worse memory and worse planning and task-shifting functions (executive function) across all subjects.

In this highly innovative project, I will visualize amyloid accumulation and also incorporate an exciting new technology recently developed in our research group that will allow us for the first time to visualize, in parallel fashion, both Aβ and tau protein in the brains of living older adults, and relate accumulation of both proteins to changes in mood and other neuropsychiatric symptoms. Indeed, this is the first study we are aware of that will allow us to probe how psychiatric and behavioral symptoms relate to build up of Aβ, tau, and brain pathway changes in living, cognitively normal older adults and those in the pre-Alzheimer’s and early AD stages. As such, it has promise to shed new light on the brain-based changes underlying these symptoms in aging and early AD dementia.

By taking this approach, my project is explicitly translational in nature, and has promise for translation of research findings to clinical practice. Given that mood and other neuropsychiatric symptoms may occur in preclinical AD and early AD dementia, the proposed study may contribute to defining the association of these symptoms with Aβ and tau burden and cognitive changes, thus providing a window for delaying or preventing disease onset.  In addition, neuropsychiatric symptoms, both in cognitively normal elderly and those in the early AD spectrum, are devastating from a personal and public health perspective.  By investigating and better characterizing the mechanisms of these symptoms, my study has the potential to inform the development of more targeted and effective treatments, thus reducing enormous personal and societal burdens associated with AD. 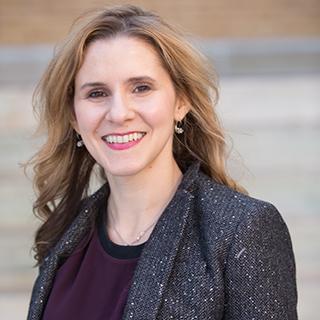