Damage to the small vessels in the brain is one of the major causes of Alzheimer’s disease (AD). Adequate treatment is currently not available because the exact process behind this disease is still unknown. With this proposal, we aim to find the cause for AD by finding small strokes in the brain. This will help us understand why AD is so common in people with small strokes and will help create means to cure and prevent this disease.

Alzheimer’s disease (AD) is the most common type of dementia which involves not only the accumulation of abnormal protein in the brain, but also damage to the blood vessels. In this disease, both large as well as small vessels are affected. These vessels, particularly the smaller ones, undergo detrimental changes leading to a type of vascular disease in the brain known as cerebral small vessel disease. There are several markers of small vessel disease in the brain, and the ones which remain understudied are cortical cerebral microinfarcts. These are tiny strokes that involves the outer layer of the brain, an important functioning layer. It is thought that these tiny strokes play a major role by producing cognitive problems and development of dementia. This project aims to examine why AD is so common in people with small strokes and will help create means to cure and prevent this disease.

The main goal of the project is to identify small strokes (cortical microinfarcts) on brain MRI scans and understand how these strokes contribute to brain changes and development of Alzheimer’s disease (AD), and what can be done to prevent it.

In order to achieve this, we will first aim to determine the association between cortical microinfarcts and MRI markers which reflect brain atrophy. In the second sub-aim, we will also examine how these microinfarcts damage brain wiring as well as its connections. Following this we will examine how these microinfarcts, through disruption of brain connections, contribute to cognitive problems and development of dementia. Finally, we aim to determine the differences in the impact of microinfarcts on brain changes that may exist among Asians compared to Caucasians. Latter aim will be achieved in collaboration with researchers in Hong Kong and Singapore.

This project is a unique investigation in identifying and determining the impact of microinfarcts on brain changes and their independent contribution to Alzheimer’s dementia (AD), which has not been examined previously, especially in living persons. We anticipate that this research will uncover many novel associations and mechanisms that have not been examined before. The main portion of our analysis will be conducted among three large population-based studies, which enhances the generalizability and clinical relevance of our work. Moreover, the main strength of our study is the use of big data and their integration within this project using a harmonized method.

The results of the study will shed new light on how microinfarcts contribute to brain atrophy and disrupt the brain’s “connecting wires,” which leads to development of AD. These effects may be different in different ethnicities, which is of benefit to research fields around the world, as we can use this knowledge to better target vulnerable groups. It will also provide new targets of interest that may aid in development of new therapies directly influencing the specific mechanism to slow the progression of AD. 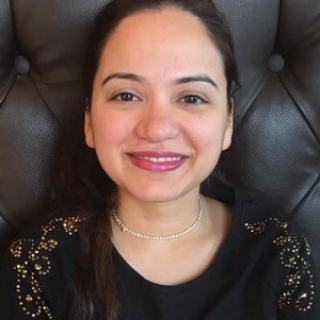