What is the difference between Alzheimer’s disease and dementia?

Generally, dementia is a decline in thinking, reasoning, and/or remembering. Alzheimer’s disease is a type of dementia that accounts for 60 to 80 percent of cases of dementia.

If a person appears to be losing mental abilities to a degree that interferes with daily activities and social interactions, consult a doctor to determine if the person is suffering from Alzheimer’s disease or another form
of dementia.

Dementia is not a disease, but a group of symptoms that are associated with a decline in thinking, reasoning, and/or remembering. If someone has dementia, they may have difficulty carrying out daily tasks they have performed routinely and independently throughout their lives.

The two most common types of dementia are Alzheimer’s disease and vascular dementia, which is the hardening of the arteries in the brain that causes blockage in blood flow. These two conditions account for the vast majority of dementia cases. Both conditions are irreversible, although sometimes their symptoms can
be managed.

What Is Alzheimer’s Disease?

Alzheimer’s disease is the most common form of dementia, and this terminal, progressive brain disorder has no known cause or cure. It slowly steals the minds of its victims, leading to memory loss, confusion, impaired judgment, personality changes, disorientation and the inability to communicate. Dementia symptoms usually occur in the mid to later stages of Alzheimer’s disease.

Alzheimer’s disease is currently the sixth leading cause of death in the United States, but recent studies indicate it may be the third leading cause. More than 5 million Americans now have the disorder and experts predict that this year another 500,000 will be diagnosed.

There is an initial period that can last for years during which a disease is developing but no symptoms are present, and signs are limited or absent. 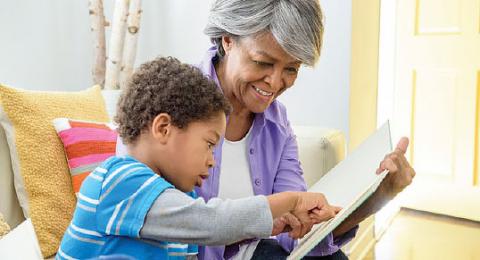 At this point, symptoms emerge but are not severe enough to be called dementia. During this phase, a person may complain of difficulties including problems with focusing, trouble remembering recent event details, misplacing things more often, not following up on appointments or tasks, or trouble learning new things. They may compensate with new behaviors such as increased reminders and lists.

With clinical dementia, a person’s cognitive problems are usually obvious. They may not be able to live independently because of difficulties with memory, problem-solving, or other cognitive functions that independence requires. They may not complain of symptoms as their cognitive deficits may be invisible to them, even though others are very aware of their impairment.

Beyond the difficulties of handling daily tasks, the signs may include difficulty on tests of complex attention, orientation, memory, learning, language, perceptual- motor function (coordinating muscle groups to accomplish a task), executive function (reasoning and solving problems), and social cognition (recognizing the meaning of others’ facial expressions and behaviors).

With minor memory loss and difficulty learning, first-stage Alzheimer’s disease may cause a loss of energy and spontaneity, as well as mood swings, confusion, and trouble communicating and organizing. The person may become withdrawn, avoiding new people and places, and understandably angry and frustrated.

Now, the person begins to need help handling anything but simple tasks. Recent events and personal histories may be lost and the present confused with the past. Clearly becoming disabled, they may have difficulty recognizing familiar people, as well as in speaking, reading, writing, dressing, and sleeping.

Third-stage Alzheimer’s brings full- blown disability, with possible loss of the ability to feed oneself, to speak, to recognize people, and to control bodily functions. Memory may nearly disappear. The weakened physical state creates vulnerability to other diseases and breathing problems, especially for those confined to bed.

As dementia symptoms strengthen, signs of Alzheimer’s include: profound memory loss, inappropriate behavior including neglect of personal care and safety, apathy and depression, apparent confusion and agitation, repeatedly asking the same question, failure to recognize or identify common objects, getting lost in familiar places, difficulties with spoken or written language, difficulty with routine tasks, problems with vision, a reduction in the sense of smell, problems with muscle control, movement, and balance, impaired judgment, reasoning, or loss of the ability to think abstractly, being disoriented to time and place and, later, hallucinations and paranoia.

How is Alzheimer’s disease diagnosed?

Only an autopsy can positively confirm the presence of the disease. Knowledgeable physicians, however, can correctly diagnose dementia and Alzheimer’s about 90 percent of the time based on mental and behavioral symptoms, a physical examination, and neuropsychological and laboratory tests. Scientists have recently developed a number of new biomarker and brain scanning techniques that may help to improve diagnosis. 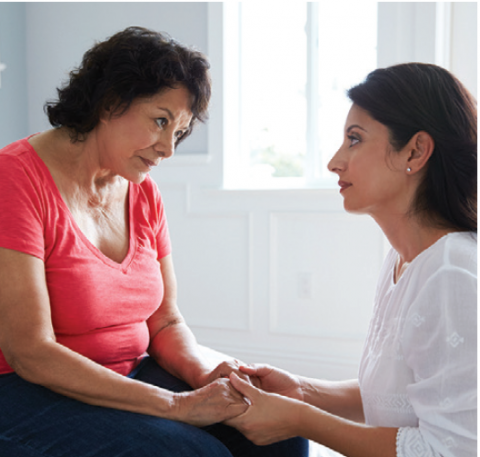 Alzheimer’s Disease Research, a BrightFocus Foundation program, funds innovative early-career scientists as they pursue research in search of a cure and treatments for this
mind-stealing disease.

In one Alzheimer’s Disease Research- funded project, researchers have discovered a potential new way to get medications into the brain to help clear it of a buildup of the toxic amyloid beta that may lead to Alzheimer’s. Future research may lead to the development of revolutionary new treatments.

Another promising research study into how the disease develops shows it may be possible to modify the course of Alzheimer’s by inhibiting amyloid buildup as long as treatment starts early enough. If used earlier, Alzheimer’s may respond
to treatment.

It’s important to remember that mild cognitive symptoms can also be a part of normal aging. If symptoms are worrisome, consult your doctor whose assessment can identify health and lifestyle factors that should be addressed to improve cognitive health.

BrightFocus is at the forefront of brain and eye health, supporting innovative research around the world and promoting better health through our three programs:

Disclaimer: The information provided here is a public service of BrightFocus Foundation and is not intended to constitute medical advice. Please consult your physician for personalized medical, dietary, and/or exercise advice. Any medications or supplements should only be taken under medical supervision. BrightFocus Foundation does not endorse any medical products or therapies.