Understanding the Role of Apolipoprotein E in Microglia

Human genetic studies strongly point to apolipoprotein E (APOE) and microglia (the immune cells of the brain) as,  respectively, the most important gene and cell type in the chain of events leading to Alzheimer’s disease(AD), a common disorder in the elderly in which the brain is damaged and memories falter. In normal conditions, microglial cells do not make APOE; however, in disease conditions, they sense the brain damage and respond by churning out APOE. It is unclear why this occurs. The goal of this project is to answer this question in a mouse model where the APOE gene is switched off in microglia.

The goal of this project is to elucidate the functional role of apolipoprotein E (APOE) in microglia, the resident immune cells of the brain. The importance of APOE (a gene involved in cholesterol metabolism) has long been recognized in AD. Its impact on AD risk is akin to that of BRCA1 on breast cancer. However, our understanding of how APOE is able to so potently alter susceptibility to AD remains incomplete, thus impairing our ability to develop appropriate therapeutic strategies targeting APOE.

Recently, thanks to major advances in human genetics, it has become increasingly clear that not only APOE and cholesterol metabolism, but also the proper functioning of microglial cells, strongly modulates the risk of developing AD in old age. However, given that APOE plays key functions in peripheral immune cells that are very similar to microglia (eg, macrophages), it is surprising that the role of APOE in microglia is practically unexplored and remains largely unknown.

With the help of this grant, we are generating mice engineered to switch off the APOE gene only in microglia and performing molecular profiling without having to isolate microglial cells first. Instead, we are using microglia-specific translating ribosome affinity purification (TRAP) technology developed here at Mt. Sinai Icahn School of Medicine by Dr. Anne Schaefer. In mouse models, we will  compare and contrast the molecular makeup, structure, function, and behavior of normal microglial cells with those lacking the APOE gene, and this comparison will not be done after isolation and culture in a Petri dish, as it has been done in the past, but in the natural environment, the brain. Indeed, recent data demonstrate that when microglial cells are removed from the brain and cultured in vitro, they rapidly transform into something else. Moreover, recent data also show that in response to brain damage caused by aging, amyloid deposition, demyelination, and other insults, microglial cells activate several genes, including APOE, in order to more efficiently scavenge and clear tissue debris that are very rich in cholesterol due to the natural composition of the brain, which is mostly made of fats. The final aim of this grant is to examine how the response of microglia to brain damage (i.e., demyelination induced by treatment with cuprizone) is altered when the APOE gene is deleted. Analysis of these data will allow us to gain a better understanding of the role of APOE in microglia and therefore get a step closer to being able to OKeffectively target APOE and microglia for the treatment or prevention of AD.

Understanding the Role of Apolipoprotein E in Microglia 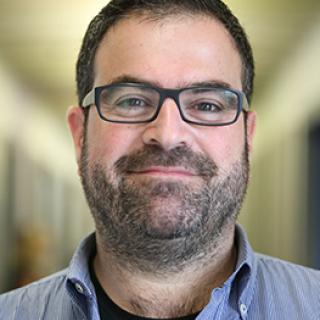