Natura Myeku, PhD The Trustees of Columbia University in the City of New York

There is currently no cure for Alzheimer’s disease (AD). We have identified a new way to treat the disease which is based on stimulating the brains own “garbage disposal units” to remove the toxic proteins that form clumps in the brain, ultimately leading to memory loss. Using a drug we know can target the garbage disposal system of the brain, we will test the effectiveness of this treatment in a model of AD.

The brain of a patient with Alzheimer’s disease shows two abnormalities--clumps of a protein called amyloid into what are known as amyloid plaques, and clumps of a protein called tau into what are known as neurofibrillary tangles. One of the features of Alzheimer’s disease is that the tangles start in one part of the brain (areas involved in memory and learning), but they infect new regions and spread through the brain, contributing to the worsening of the disease.

We have spent several years studying how the tangles spread through the brain and what effect tangles have on brain function. We have recently described a way to prevent tangles forming in the brain by enhancing a molecular method known as “clearance,” which is a natural way that brain cells remove (“clear”) toxic or abnormal proteins. We have identified several drugs that can boost clearance and improve the brain’s ability to clear abnormal tau thereby removing tangles. While we have been able to clear tangles to some extent at various stages of the disease in a mouse model, we have not yet shown whether these drugs can prevent the spread of the tangles within the brain. This could be very important if we want to prevent tangles from taking hold or making the disease worse.

Using a new mouse model, we propose to test whether the spread of tangles through the brain is a result of abnormal tau overwhelming the cell’s ability to clear it and whether we can boost cell defenses against tangles using clinically approved drugs that have not been used for this purpose previously. If our drugs do prevent the spread of tangles through the brain by enhancing clearance, they would be good candidates for a clinical trial in AD patients, as well as in patients suffering with tangles that cause a different dementia known as frontotemporal dementia (FTD).

Natura Myeku, PhD The Trustees of Columbia University in the City of New York 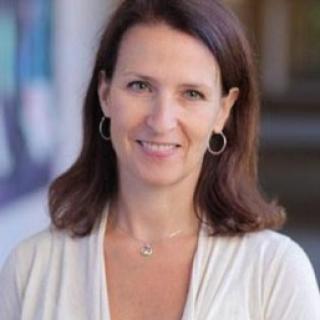