The broad question this project is designed to address is what is the functional relationship between calcium dysregulation in Alzheimer's disease and the hallmark features of the disease. As a breakdown in synaptic function and structure is correlated most highly with cognitive loss, this aspect will be a significant focus. If Ryanodine receptor (RyR)-mediated calcium release is intimately involved in Alzheimer's disease pathogenesis in both early and late stages, then manipulating RYR ion channel function should offer both novel therapeutic strategies, and, a better understanding of the disease process itself.

Overall, this project is designed to address the functional relationship between aberrant neuronal signaling known to exist in certain forms of Alzheimer's disease and the later hallmark features of the disease, including memory loss. A breakdown in how neurons communicate with each other correlates most highly with this cognitive loss, but how this occurs is unclear. It is likely that well-characterized alterations in neuronal calcium signaling may underlie the deficits in neuronal function and communication. Therefore, this aspect will be a significant focus. If intracellular calcium dysregulation is intimately involved in Alzheimer's disease pathogenesis at both early and late stages, then targeting and manipulating specific calcium channels should offer both novel therapeutic strategies, and, a better understanding of the disease process itself. Using mouse models of Alzheimer's disease, I employ highly novel experimental approaches which allow me to image calcium signaling, record electrophysiological signals from individual neurons and measure synaptic communication between neurons in real time. This is in combination with measuring biochemical and molecular changes that occur in the Alzheimer's disease neurons. My previous studies have identified a particular calcium channel (the ryanodine receptor, RyR) that largely underlies a massive increase in calcium release at synapses, the key points of neuronal contact that are impaired in Alzheimer's disease. I have acquired a novel compound that can suppress calcium release from this channel and normalize the overall calcium response in neurons. The aims in this study will be to determine if normalizing this aberrant RyR activity can also return synaptic communication/transmission back to normalcy, retain the structural integrity of the synapse, and reduce the amyloid plaques and tau tangles. The effects on retaining cognitive function will also be tested.

These series of experiments are unique and highly innovative in that I am directly 'seeing' the communication deficits between neurons, both at the calcium signaling and electrochemical level, in the Alzheimer's disease mice. This is accomplished using a custom-built 2-photon imaging system in parallel with electrophysiological techniques. This is in combination with molecular and behavioral techniques. Therefore, I can observe the short and long term effects of normalizing this aberrant calcium signal in the Alzheimer's disease mice, at the cellular level as well as the cognitive/behavioral level. 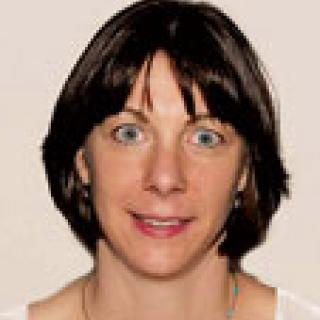