Zhuohao He, PhD University of Pennsylvania

Alzheimer’s disease (AD) is correlated with the aggregation of protein tau, which also forms deposits in several other neurodegenerative diseases. This aim of this project is to characterize AD-specific tau deposits. To achieve this, we will first characterize the differences between such AD-specific tau deposit and the other commonly recognized tau deposits localized in neuronal cell bodies. We will generate a more human-relevant mouse model expressing all the human-version tau protein in the mouse brains. Then using the mouse models as well as AD postmortem brain tissues, we will biochemically extract each type of tau deposit, respectively, and compare their protein conformation and their potencies to induce disease-related tau accumulation. We also will aim to generate an antibody to recognize such AD-specific abnormal tau deposits, and try to examine the correlation between the AD-specific tau deposits from patients’ cerebrospinal fluid and the patients’ AD stages, with the hope to develop an AD diagnostic method.

The completion of the proposed studies will help us understand the initial tau deposit and spreading processes in AD pathogenesis. The antibodies generated in the proposal will be the first in the AD research field that specifically target the AD-specific tau deposits, and will provide the AD research community with useful tools to study the AD pathogenesis, as well as to develop both diagnostic methods and immunotherapy approaches for treating AD patients at early stages.

The innovative aspect of this proposal is the use of our newly established AD mouse models that can respectively recapitulate AD-specific or generally recognized neuronal cell body tau deposits, allowing us to investigate their respective roles in AD progression. Creating the mouse tools that express all the human version tau will make our study more relevant.

Zhuohao He, PhD University of Pennsylvania 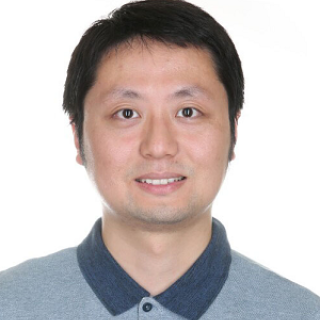