Alzheimer’s disease (AD) and vascular cognitive impairment/dementia (VCID) are two leading causes of cognitive decline and dementia in the elderly population. By sharing the common vascular risk factors, mixed pathologies (e.g., AD/VCID) are very common, especially with increasing age. Dysfunctions of very small arteries in the brain (small vessel disease) is one of the frequent vascular pathologies in the aging brain and VCID. However, these very small vessels in the brain (diameter <500μm) are difficult to see with conventional clinical MRI scanners, such as 1.5T and 3T. Recently, the state-of-the-art ultra-high field 7T MRI system has been approved by the FDA for clinical use, which allows us to collect detailed images of very small blood vessels in the brain at very high spatial resolution. Therefore, the goal of this study is to optimize high-resolution MRI techniques at 7T to quantitatively characterize cerebral small arteries and study the role of dysfunction of these very small arteries in the pathogenesis of VCID.

Cerebrovascular disease (CVD) is an integral component of both vascular cognitive impairment and dementia (VCID) and Alzheimer’s disease (AD). Therefore, vascular dysfunction plays an important role in AD/VCID pathology. In the small vessel subtype of VCID, arteriolosclerosis mainly affects cerebral perforating arteries, which are very small arteries in the brain, feeding both the deep gray and white matter. Lenticulostriate arteries (LSA) are cerebral perforating arteries that supply the basal ganglia as perforating end-arterioles. LSAs are particularly susceptible to damage related to aging and chronic hypertension, which cause silent stroke. The dysfunction of LSAs are associated with lacunar infarcts, basal ganglia hemorrhages, and deep microbleeds, all of them are the common vascular pathology in VCID and AD. Therefore, the evaluation of lenticulostriate arteries (LSA) structure and function could offer valuable insight for understanding the contribution of microvascular dysfunction to the pathogenesis of VCID/AD. To achieve this goal, we will first develop and optimize an imaging protocol of 7T high-resolution MR angiography (MRA) in conjunction with novel image processing algorithms to directly assess the function of LSAs. Then, we will study the dysfunction of LSA in the pathogenesis of VCID/AD using the optimized 7T imaging protocol. The findings from this project could shed more light on how cerebral microvascular dysfunction contributes to the pathogenesis of VCID and AD. 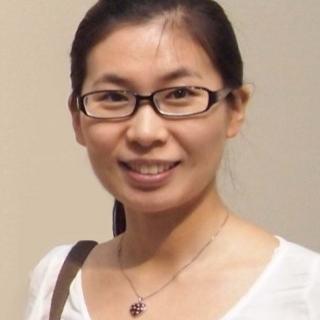