The goal of my project is to identify brain-invading monocytes as a key link between seizure activity and enhanced Alzheimer's disease (AD)-related phenotypes.  In Aim 1, my team and I will determine if seizures exacerbate AD pathology and hasten neurobehavioral decline my inducing seizures in the 5xFAD mouse model of AD.  The resultant alternations in amyloid-beta pathology, and phosphorylated tau levels, immune and neuronal cell numbers, induction of inflammatory meditators, and mouse behavioral will be assessed.  In Aim 2, we will test the hypothesis that brain-invading monocytes enhanced AD pathology in the absence of seizure.  Monocyte brain invasion will be provoked in 5xFAD mice by administering CCL2 into the lateral ventricle.  Then, monocyte infiltration will be blocked via global Ccr2 knockout or CCR2 antagonism in the 5xFAD mice after seizure activity.  As in Aim 1, mouse behavior and brain histological examination will be performed.  If our hypothesis is correct, AD pathologies and behavioral abnormalities will be exacerbated by seizure activity and monocyte brain entry.  Moreover, monocyte brain entry in the absence of seizure will be sufficient to also exacerbate AD pathologies and hasten behavioral decline.  Success in identifying brain-infiltrating monocytes as exacerbating neuroinflammation and cerebral amyloidosis in the AD brain and hastening cognitive decline would an innovative and important step in understanding how seizure activity contributes to AD pathogenesis. The proposed studies will determine if seizure-induced monocyte brain invasion, and not other consequences of seizures, drives AD pathogenesis, an innovative concept.  Evidence that monocyte brain recruitment can be limited after seizures with a CCR2 antagonist and provide disease modification would be groundbreaking.  If this project is successful, we will have identified novel molecular and cellular targets for alleviating the pathological hallmarks of Alzheimer’s disease and modifying disease progression.  Specifically, anti-convulsive medications could be administered to those patients suffering from AD and displaying seizure activity.  In addition, success in determining that brain-invading CCR2+ monocytes accelerate AD progression would support future proof of concept AD clinical trials utilizing CCR2 antagonists previously developed and tested in clinical trials for pancreatic cancer and diabetic nephropathy. 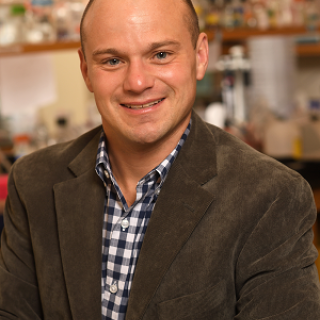