Role of Type I Interferon in Alzheimer’s Disease

Alzheimer’s disease (AD) is a devastating disease with no cure. Often, the brains of AD patients have ongoing inflammation that fuels the disease. This project will study a new family of cytokines (ie, proteins regulating the immune system) which we recently detected in AD brains. Our goal is to obtain knowledge about how inflammation worsens AD, and also to identify targets for effective treatments.

Summary: In Alzheimer's brains, not only do toxic proteins known as amyloid-beta (Aβ) and tau clump together, but also glia cells of the brain’s immune system fire up abnormally. The resulting inflammation is more and more recognized as one of the drivers for Alzheimer’s disease (AD) progression. Having identified a new family of immune molecules as part of the AD brain inflammation, we will reveal its role in AD pathogenesis and find out how it damages neurons and memory.

Details: Unusual aggregation of proteins, including Aβ plaques outside the cells and tau tangles inside the neurons, marks the brains of AD patients. Now we know of a third feature strongly associated with AD, inflammation, which involves activated glia cells and abnormal expression of many immune molecules. Most of these molecules found in AD brain are normally expressed by immune cells in other parts of the body to fight against microbial infections or respond to injury. It is now recognized that the overactive immune response inside the brain is causing much damage to the neurons and the functions of the brain. Although the importance of such inflammation is clear, we do not know enough about the immune pathways involved to come up with good strategies to target the crucial ones on the spot.

We have previously found that certain amyloid fibrils can activate immune cells and trigger a unique inflammatory response that resembles one against viral infections in other parts of the body. Such response induces the production of type I interferon, a family of immune molecules not yet linked to the inflammation in AD brains. We since have detected obvious activation of the signaling pathway controlled by type I interferon in both mouse and human AD brain tissues. Blocking this pathway in AD mouse model effectively diminished the ongoing inflammation in the brain. Importantly, many clinical studies already point to a negative effect of type I interferon on brain functions in human patients.  This made us determined to study precisely how type I interferon affects AD pathogenesis and whether it can serve as a therapeutic target.

We hope that completion of the proposed studies will firmly establish the pathogenic role of type I interferon in AD and solidify type I interferon and its downstream factors as molecular targets for next-generation therapeutics.

Role of Type I Interferon in Alzheimer’s Disease 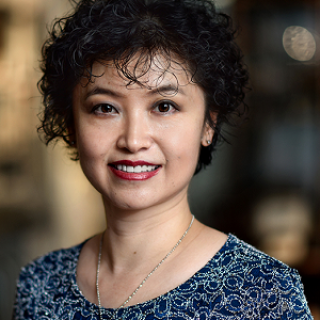