Neurofibrillary tangles (NFT), caused by clumping of toxic tau protein in the brain, are hallmarks of Alzheimer's disease (AD). The lack of a defined mechanism of NFT formation is impeding the development of new therapies. Dr. Santa-Maria Perez and colleagues will determine what is causing tau accumulation by looking for disease-causing variations in genes associated with AD, and by deciphering whether small gene “silencers,” called microRNAs, are the culprits for making one AD gene, called microtubule-associated protein tau (MAPT), go toxic. This research may reveal new targets suitable for future therapies of a particular subtype of AD.

There are many variations of Alzheimer's disease (AD) with distinct molecular underpinnings, and, as in cancer, it may be prudent to individually study each subtype. One AD subtype, called tangle-predominant dementia (TPD), is very similar to AD; it has neurofibrillary tangles (NFT) that are practically identical to those occurring in moderate stage AD, but there are no significant plaque deposits of beta-amyloid in the brain.

Dr. Santa-Maria Perez and colleagues will use a unique strategy to gain insight on AD by studying TPD, because there is only one type of deposit (NFTs) in the brain. These researchers hypothesize that TPD develops through problems with the microtubule-associated protein tau protein (MAPT), the principle constituent of NFTs. This mechanism may be genetic, as several other neurodegenerative diseases with NFTs (called tauopathies) are linked to problems with the H1 form of MAPT. These researchers have shown an increased amount of H1 MAPT gene frequency in TPD compared to controls. How the different types of MAPT genes contribute to disease is unclear, but differences in gene expression and/or creation of different forms of protein from the same gene (called alternative splicing) have been implicated. There may also be differences in how the different types of MAPT genes may impact gene “silencers,” called microRNAs.

Dr. Santa-Maria Perez hypothesizes that TPD arises because of disease-causing alterations in tau protein expression stemming from either changes in the sequence (spelling) of the MAPT gene that disrupts microRNA binding or by a problem with how all microRNAs are controlled in the cell. These researchers will identify sequence variation in the MAPT gene, will characterize the types and amounts of microRNA networks within TPD brain cells, and will characterize how changes to the sequence of MAPT could cause dysregulation of microRNA networks. Any identified changes could serve as new diagnostic biomarkers and new targets suitable for therapy of this type of AD. 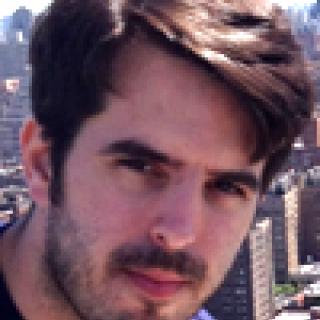